The morning in Bathurst was a typical Autumn morning damp mown grass a slight nip in the air and expectant excitement by all who were there preparing for the day.

Several members of the Clan MacRae were on hand early to set up the pop-up folding marquees and place our signs – “Clan MacRae Society of Australia and New Zealand” across the front. With display cases of Scottish and MacRae memorabilia laid out and flags flying we were ready for the visitors.

The mock castle was the centre piece crowning the spectacular oval at the Scots School, it was surrounded by tents, marquees and tartan clad persons everywhere one could have thought that they could have been in Scotland a hundred years ago.

The castle was built by a local builder with strong connections with the Clan MacRae (photo below of him and wife plus our President) and erected each year by his company.

Once everything was ready a low hush came over the crowd as the day began. Firstly, a skit performed by the students engaged in a battle, dressed in unusual Scottish garb. This lasted a few minutes then the bagpipes and the drums rang out over the almost primeval sight as the official party was escorted through the gateway of the castle to the dais.

With the singing of the National Anthem by two of the school’s students so began the official part of the day.

Scottish Highland dancing was performed before judges and it carried on during the day. Many of the girls dancing are part of the OzScot Highland Dancers who are trained in Bathurst by well-known instructor Mrs. Cheryl Roach. Bathurst’s Scottish Dancers have a renowned reputation as they have danced in Edinburgh and around the world over the years and were part of the entertainment at the Clan MacRae Gathering and Reunion at Bathurst to celebrate the 20th Anniversary of Clan MacRae Society of Australia and New Zealand. The Highland Dancing competition was to continue throughout the day.

However, the highlight of the day were the Scottish Pipe Bands competing for the crown of best band of the gathering, it was grand. The sights and sounds were magnificent and made the Scottish blood in the veins surge with pride. Local Jock MacKenzie was on hand as one of the judges and this gentleman established the first Scots School Pipe Band a number of years back. The MacKenzies have a close association with the MacRae Clan going back hundreds of years.

The pony club arranged a big day for competitors and the competition was fierce as each wanted to return to their hometown with the converted trophies to show the improvement from last year. As the day progressed one took time to visit the many and varied stalls and exhibitions which helped to make it a great day for all. An impressive display of vintage cars and trucks was also on hand. It is wonderful to see the participation from the locals and the enthusiasm with which they get involved in days such as this. Bathurst is well known for its delight in putting of such days.

Approximately 3.30pm the day began to wind down and people started to awake from the dream and prepare to return home. Stall holders began the task of taking down tents and repacking their exhibitions back into cars, utes and trailers.

In the evening members, family and friends of the Clan MacRae joined together and enjoyed a meal at a local restaurant. 90 year old Gordon McRae of Bathurst attended with some of his reminisces from the past. 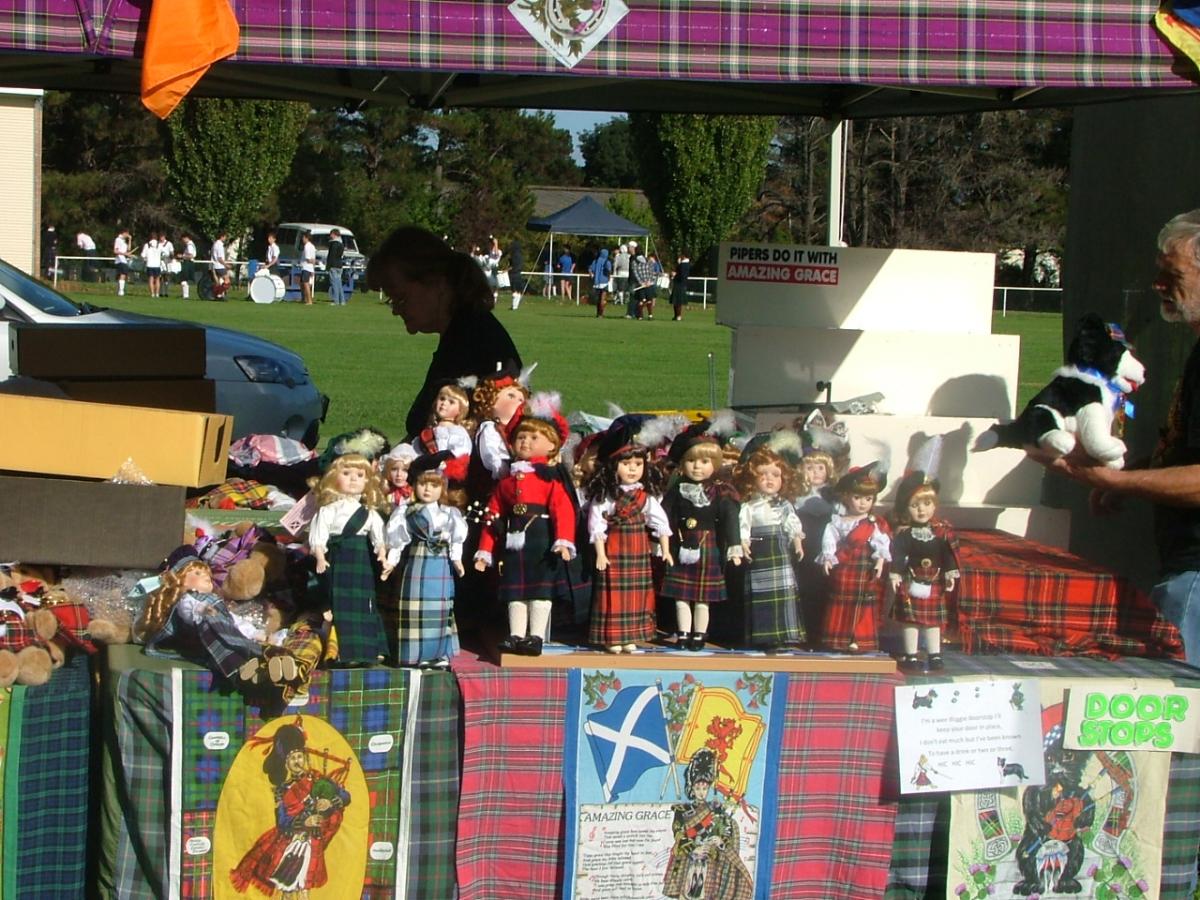 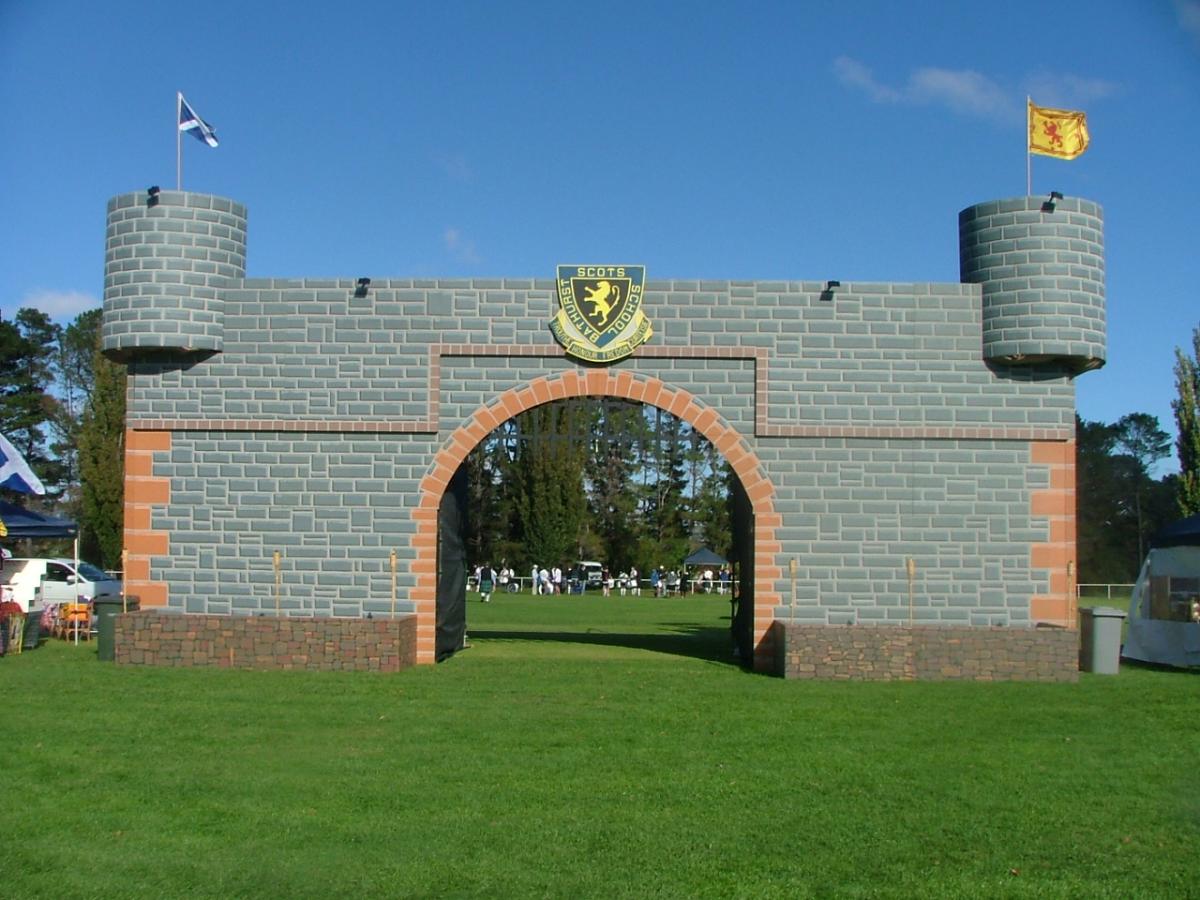 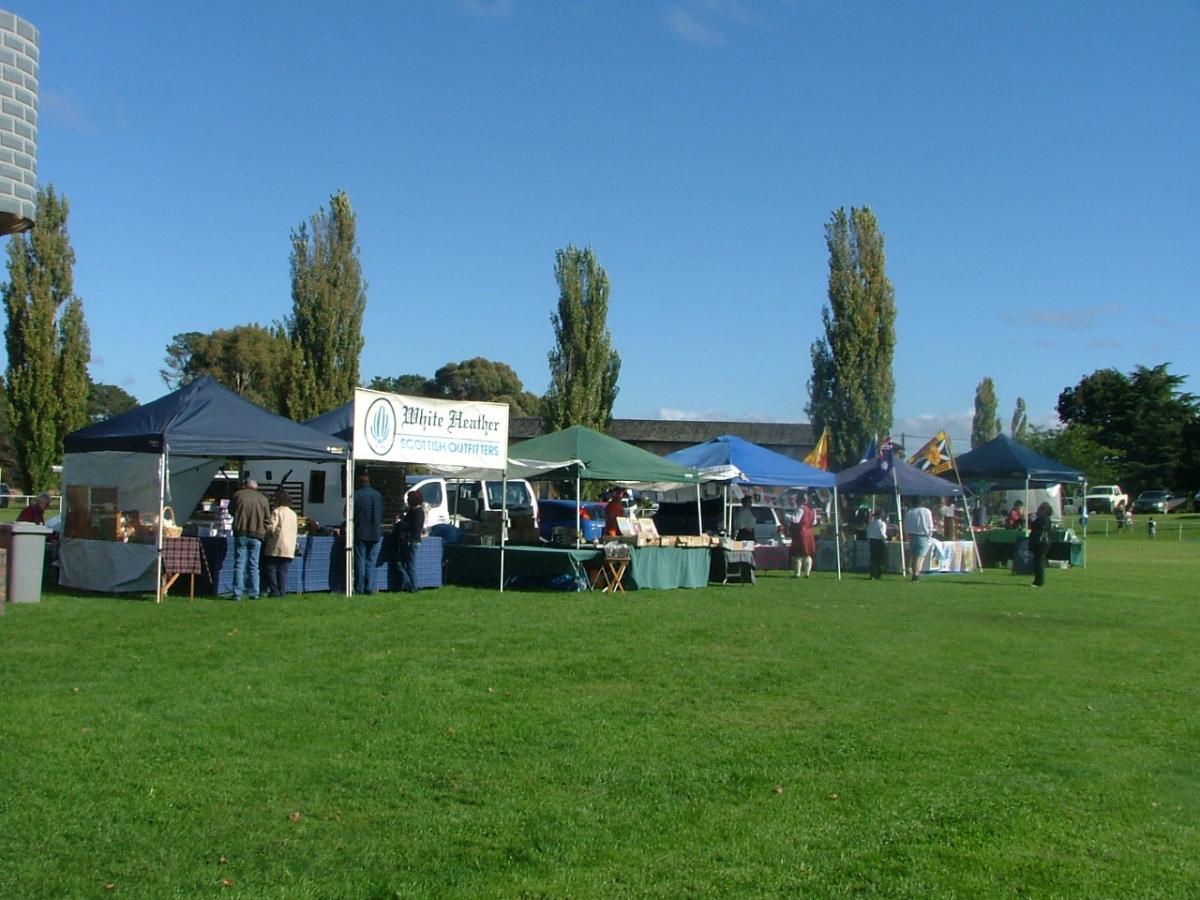 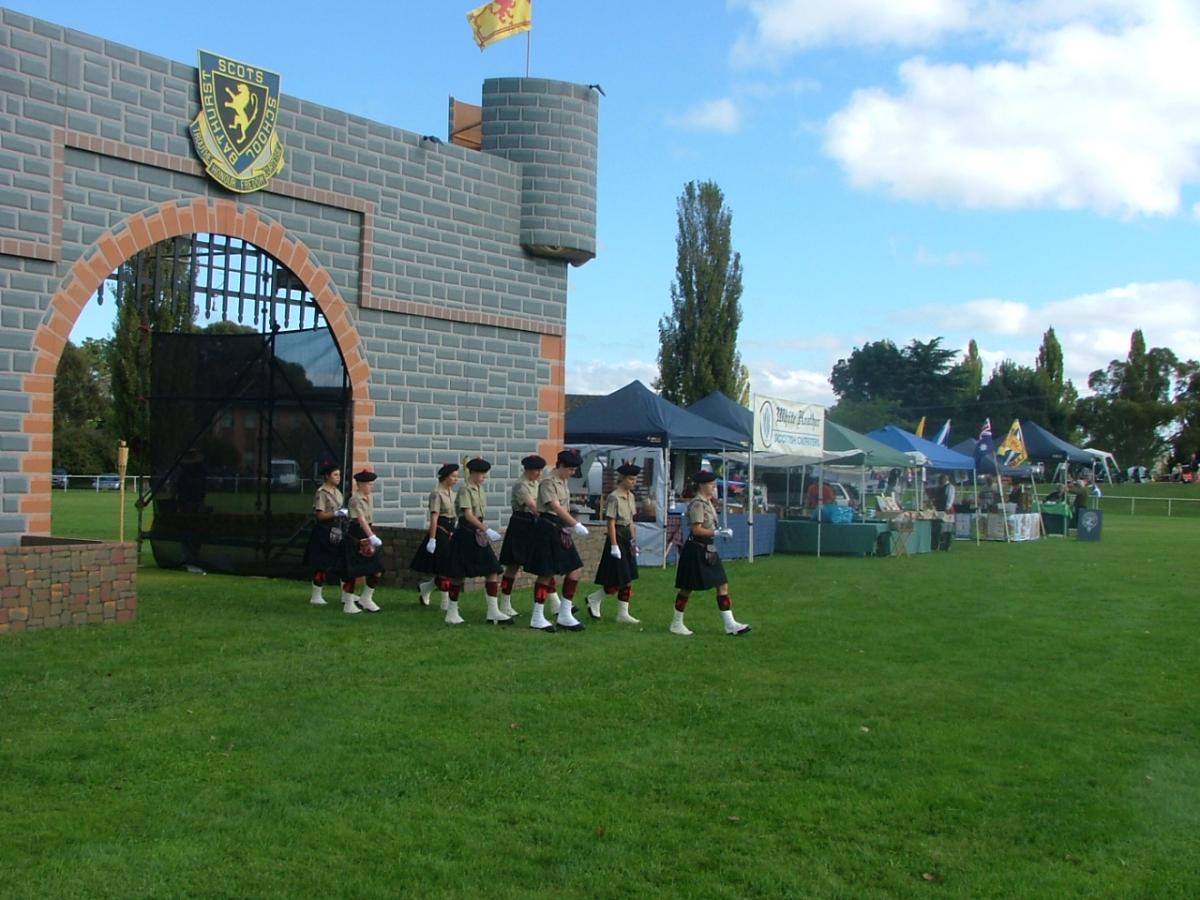 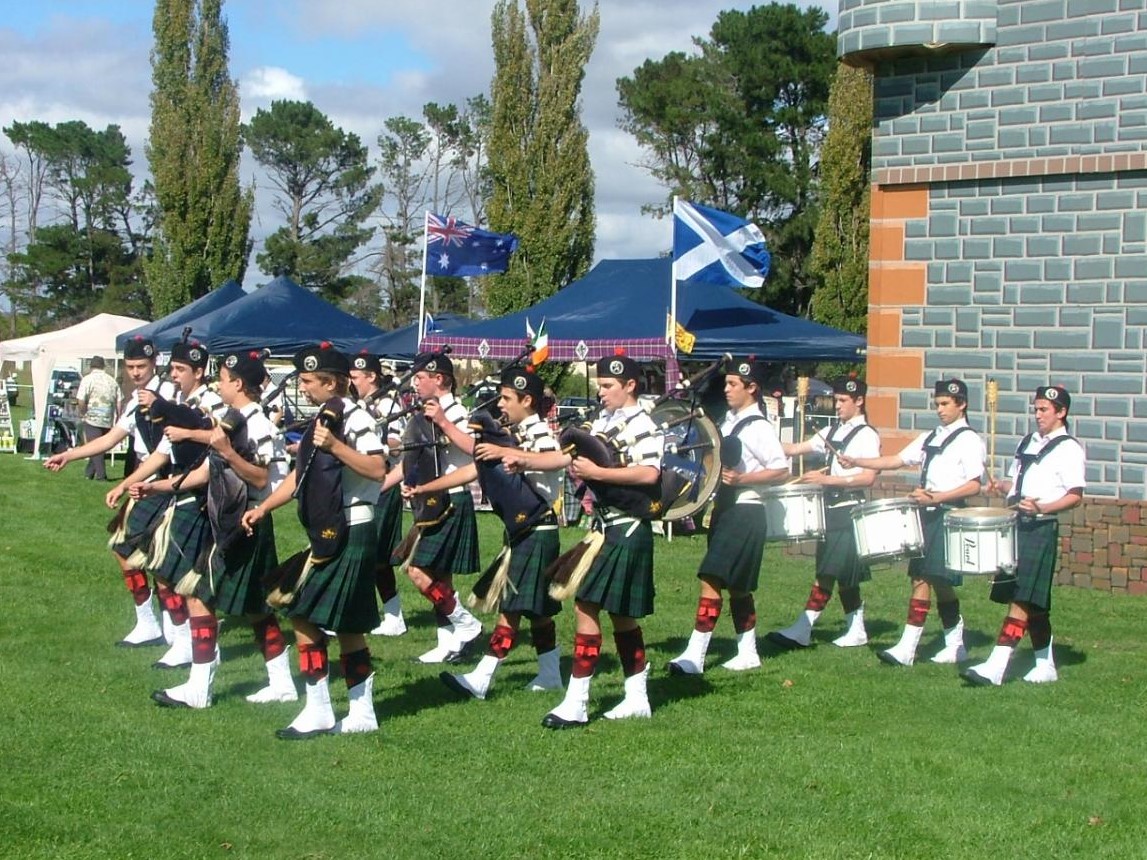 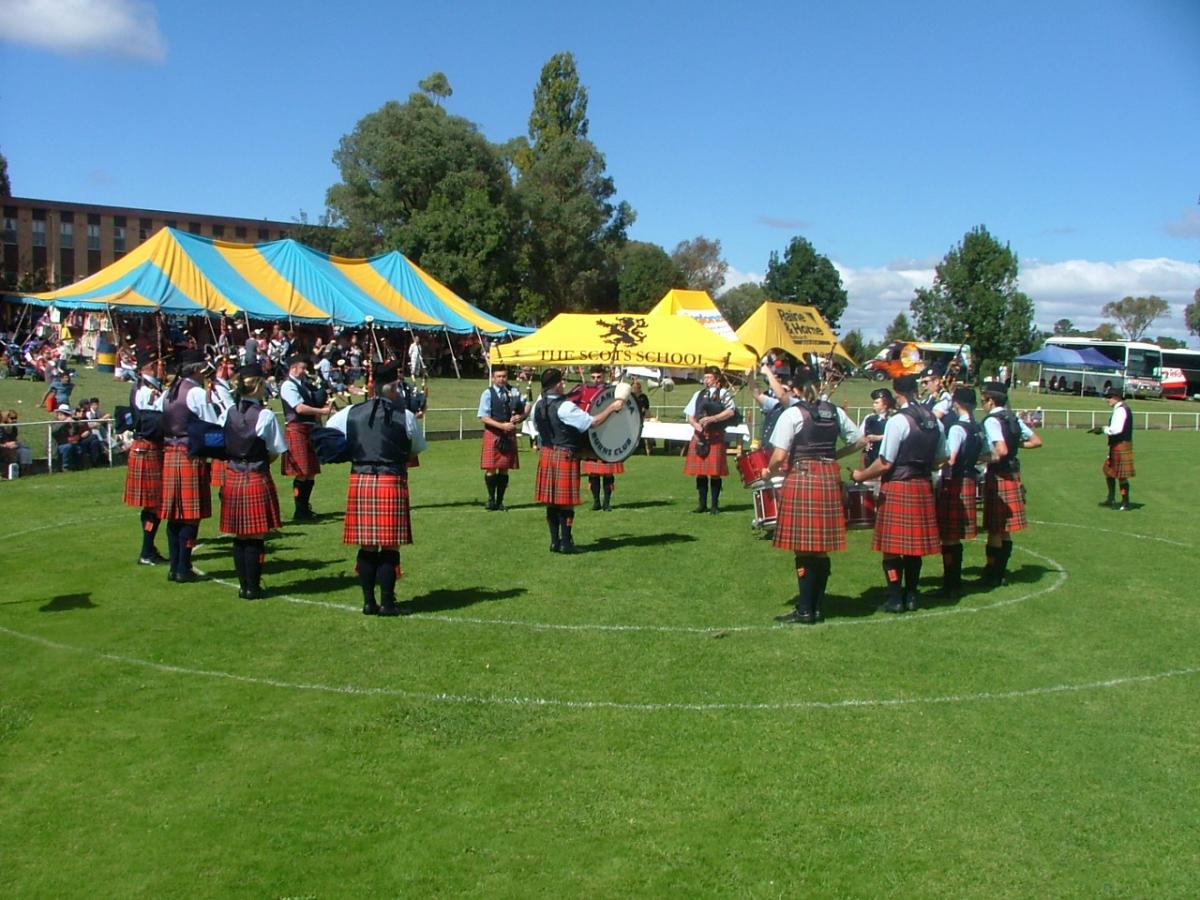 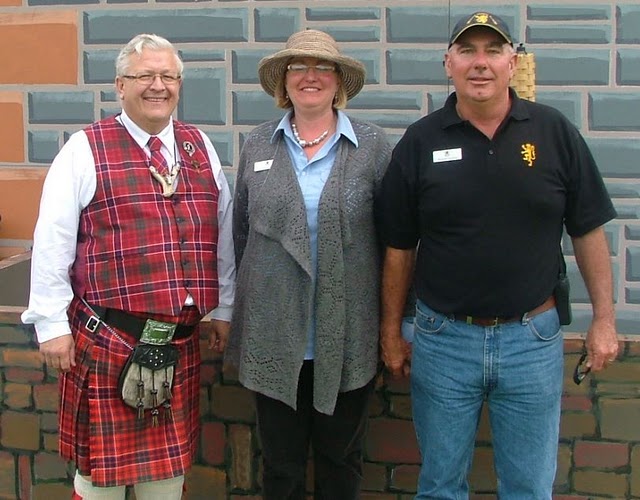