As President of the Clan MacRae Society of Australia and New Zealand I was fascinated to find that a number of MacRaes/McRaes turned up in my recent research concerning Ben Hall and his gang and other associated bushrangers around the 1860s.

On 25th September 1863, two events took place. Firstly, Ben Hall and his gang robbed Mr. John Loudon’s station “Grubbenbong’ which was situated some 15 miles from Carcoar, near Bathurst. Loudon had arrived in the southern colony in 1841 and later operated a flour mill at Kings Plains just out of Bathurst by 1848. The discovery of gold in 1851 increased his business and with the help of his wife Helen they were able to purchase “Grubbenbong” in 1857. Hall’s gang stayed for a meal with their captives and talked till the early hours.

The other event started when two men who had been arrested at the same time as Thomas Frederick Lowry, another bushranger, were set free from the court in Goulburn. Tom Lowry had held up the Mudgee Mail Coach on the 29th August 1861 and stole a haul of bank notes.

John MacRae’s name was also associated with the Mudgee Mail Coach holdup. Sometime after the holdup one of the stolen Australian Joint Stock Bank’s notes from the robbery turned up in Goulburn and an investigation found it had been paid to James Ross by John MacRae, who was the licensee of either the Buck’s Head Inn or the Sir Colin Campbell Inn at the time. Ross had then paid the note on to James Marsden who had banked it in Goulburn.

Later, in the process of being captured Lowry had been badly wounded so the police took a dray to transport him into Goulburn. Realising the party, which also consisted of others who had been arrested, would not reach Goulburn that evening a doctor was sent for. Dr. Waugh arrived in the early hours of the next day but was able to do little for Lowry. Lowry died about three hours after the doctor arrived and his body taken to Goulburn Hospital and the other prisoners to gaol.

Ironically one of the policemen, Detective Campin, had been in Bathurst when Lowry and Mortimer had earlier escaped from Bathurst Gaol. The detective had actually captured Mortimer after the escape.

The men who had also been arrested when Lowry was badly injured were brought before the court in Goulburn – all charged with harbouring fugitives. Thomas Vardy and his three workmen were discharged however Robert and Henry Hogan were remanded. The two were Thomas Vardy’s stepsons and were to appear at a later date. The Magistrate allowed them to come up with £200 each for bail as well as pay a surety of £100 each.

Finally, about a month later Robert and Henry Hogan were acquitted and were out to celebrate so they headed to Laggan, setting their sights on John MacRae’s Sir Colin Campbell Inn. John MacRae had named his inn after the Bruce supporter, Sir Colin Campbell, Black Knight of Loch Awe in Scotland, during the Wars of Scottish Independence in the early 1370s. This was the same day that Ben Hall visited the Loudons. 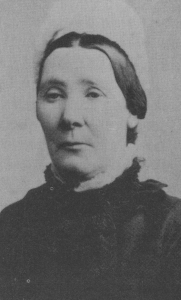 John MacRae was born in Lochalsh, Rosshire in Scotland in 1815. He was the eldest son of Duncan McRae and Catherine, nee MacRae. John later sailed to the colony of New South Wales on the “Earl of Durham” arriving in Sydney on 31st August 1837. John was 22. In June 1852 he married Clementina MacDonnell who had arrived in the colony on the “Boyne” about two years after john.

On John’s papers was his occupation “shepherd – agriculturalist”. The two families ended up settling close by and when Christina turned 21 they married, John was now 37. They were to have seven children by the time this incident below took place.

The Hogans were determined to use any excuse for another drink and John MacRae kept serving his fine spirits until he felt they had enough. There would have been an assortment of good alcoholic drinks at the inn, possibly such things as East Indies Rum 28%, Demerara Rum 30%, Old Tom (a cheap, sweetish gin), Lome Whisky, Risk & Sons Scotch Whisky, Hennessy’s Brandy, Meukow Brandy, Martell’s Brandy, bulk pale brandy, Hunt’s Port and Paul and Dasti’s Sherries.

Finally, John MacRae refused to serve them and their friends. One friend was a Donald MacDonald who began to abuse John MacRae who struck back by grabbing an old cutlass at hand and belted MacDonald over the scalp.

MacDonald called the police and had John MacRae charged with assault to commit grievous bodily harm. The case was brought before a jury who found him guilty and the judge sentenced him to serve his two year sentence in Goulburn Gaol with hard labour. The Goulburn Herald stated after that the licence was cancelled for MacRae’s inn.

John and Clementina had already had a number of children. Their firstborn was Duncan born at the family property “Clear Hills” on 1st August 1853; then Ellen also born on the property on 21st October 1854; Catherine, named after her grandmother, was born at their Australian Hotel in Goulburn on 11th September 1856 as was Elizabeth on 8th May 1858. Marcella was born on 28th May 1859, also at the hotel with John Alexander being born on 3rd July 1860, by which time their father was licensee of the Buck’s Head Inn near Goulburn. Clementina Mary, named after her mother, was born 2nd January 1862, at Goulburn.

Colin Christopher was born on 28th May 1866, back on the family property “Clear Hills” after John was released from Goulburn Gaol. Colin initially became a grazier before becoming a policeman. Alexandra Margaret Jessie was born just before Christmas on 19th December 1867, at “Clear Hills”, as was Donald Aeneas on 10th October 1869. John and Clementina’s last child was Hector James who was also born at “Clear Hills” on 15th July 1871, by which time Clementina was about 40. Clementina had had eleven children in eighteen years as well as working much of the time at the Australian Hotel in Goulburn or the Buck’s Head Inn near Goulburn.

Another effected by the Ben Hall reign was found in the Bathurst newspaper in 1928 when the following appeared. “Mrs. Elizabeth Ann McRae (1848–1928), who died at Bathurst yesterday, aged 80 years, was present when Ben Hall’s gang of bushrangers held up the residence of Mr. Keightley, the Gold Commissioner, at Dunn’s Plains. She was a member of the Keightley household, and witnessed the shooting of Burke, a member of the gang, by Mr. Keightley during an exchange of shots between him and the bushrangers. Mrs. McRae was kept prisoner in the house while Mrs. Keightley rode to Bathurst and obtained £500, the price of her husband’s liberation from the bushrangers, who held him for ransom until her return.”

I would be interested in hearing from any of the relations of MacRae/McRaes in this article via email amcrae@lisp.com.au or 02 63315404