The whole event really began with a concert on Sunday 22nd May. This event was attended by Max and Janice Brown who travelled from Armidale to attend the concert.

President Alan McRae was to be the Festival Chieftain for the Festival, but sadly fate dictated otherwise. Recovering from surgery for a melanoma which required 100 stiches, Alan was hopeful of being well enough to attend. He then had the misfortune to slip on the mud of a newly sewn lawn and broke his leg. He called on long-time member Andrew Macrae of Cooranbong, N.S.W., a regular at Gatherings, who proudly accepted the role and was accompanied by his wife Rhonda. Their son-in-law, Grant Turuwhenua, attired in the uniform of a private in the 42nd Highland Regiment, was the escort to the Chieftain of the Day.

Throughout the week a wide range of activities took place, all attracting considerable interest. As Rhonda commented it was a bonnie week and the entire town became involved. Businesses competed for the Best Window Display, while Social Bowls and a Shortbread Baking Competition catered to the competitive.

The Genealogy Fair and Braveheart Poets’ breakfast was also popular. The District Bus Tour had special significance as the McRae family at Barrington had invited the organisers to include their property in the tour. With all seated in their garden we heard the history of their settlement before we were treated to a delicious morning tea.

Fifth and sixth generations now operate the dairy farm. Theirs was one of many Scottish families who settled in the area. Then it was into Barrington Village, which was settled in the 1850s by immigrants, most of whom came from Scotland. These hardy pioneers became timber cutters, farmers and gold miners and raised families far from their native homes.

At Barrington Village we enjoyed a delicious lunch. After a brief visit to the Pioneer Cemetery, a very peaceful, but sadly time-worn, resting place for the local pioneers, it was time to return to Wingham.
That evening a Mayoral reception and welcome was held in the Wingham Library followed by ‘Scots Family Night Out’ at the Wingham Memorial Services Club.

The following morning Colin and Roslyn MacRae set up a display of Clan and Scottish items belonging to President, Alan, which aroused interest. There were also a series of historic fact sheets with photos and information concerning some distinguished MacRaes and their families.

Clan members had travelled from near and far to attend the Highland Games and we were fortunate to have fine weather, apart for an occasional wind gust which threatened our tent. Commercial and Clan tents fully surrounded the park and the attendance was surely very rewarding for the Manning Valley Historical Society, the organisers of the event.

[Photo] Elma McRae, Clan secretary, in front of those who marched in the parade.

The Highland Games began with a Street March, led by a Pipe Band, with Clan MacRae leading the Clans, members having travelled from the Gold Coast (Qld), Canberra, Kiama Downs, Bomaderry, Dubbo, Tamworth, Bathurst, Sydney, Murrurundi and Toukley (NSW) to join the local members. The march made its way to Central Park to commence the day’s activities.

[Photo] – Andrew Macrae and his son-in-law, Grant Turuwhenua, attired in the uniform of a private in the 42nd Highland Regiment, was the Chieftain of the Day’s escort. During the day Andrew was invited to inspect the various Clan tents. When the events were finished Andrew declared the games closed.

That evening the Grand Scottish Ball was held at the Wingham Memorial Services Club. Andrew arrived by armed escort and proceeded into the ballroom where he was challenged to come in peace. Then there was the haggis ceremony of which Andrew took part. After the officialdom the ball proceeded with an evening of Scottish dances. There was also a performance of the Wingham Pipes and Drums. The boundless energy of some of the senior Scots is amazing!

[Photo] Part of the group at the Thanksgiving Service.

On Sunday morning a Thanksgiving Service was held at lower end of Farquhar Street at Wingham Wharf on the banks of the Manning River, where Scottish pioneers had come ashore. Clan MacRae member Doug Rae offered a prayer and the small congregation sang “How Great Thou Art”. Nea MacCullock read from the scriptures Genesis 12: 1-7. Dr. Wade Ling gave the address with the Kirkin’ Prayer being read by Susan Cooke. Rev. Darrel McKeough concluded the service with the Benediction.

After the Service members of the Wingham Rotary Club served a tasty breakfast at the Riverside Reserve picnic area. At 10am the Colloquium of Clan leaders was held at Tellers Restaurant in Bent Street. At 12 noon the Festival Luncheon was held at Wingham Memorial Services Club. After the meal a ceilidh was held with a variety of musical performances. The event and the festival concluded mid-afternoon allowing for visitors and travellers to return home. This final event concluded a great festival.

Our Scottish pioneers were obviously attracted to the Wingham and Taree area and showed their perseverance, human spirit, courage and determination as they left their familiar Scottish homeland and arrived in a new land to seek a new life. Many became beacons to successive generations as they found great opportunities that we all know and enjoy today. 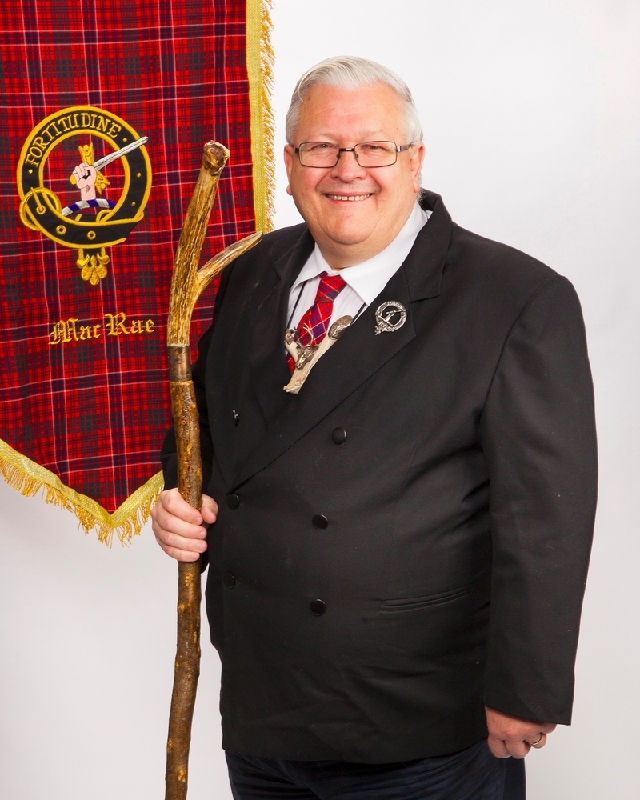 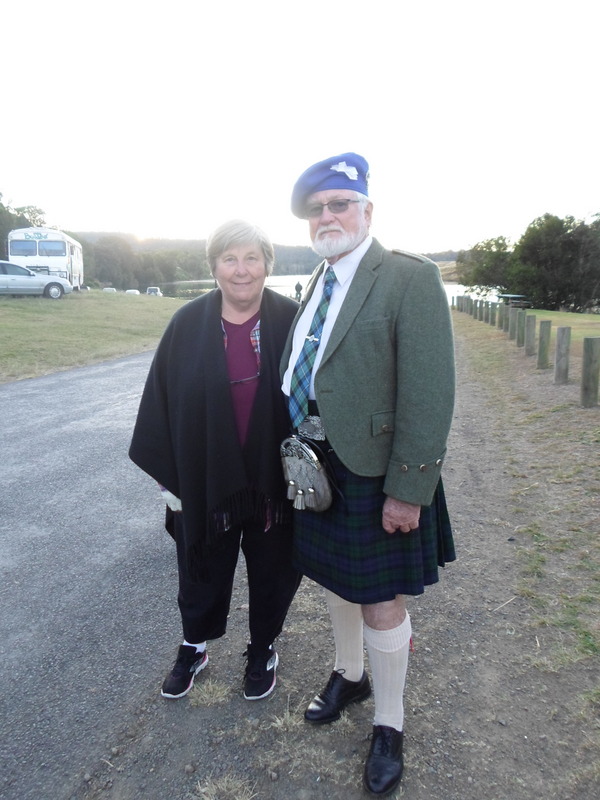 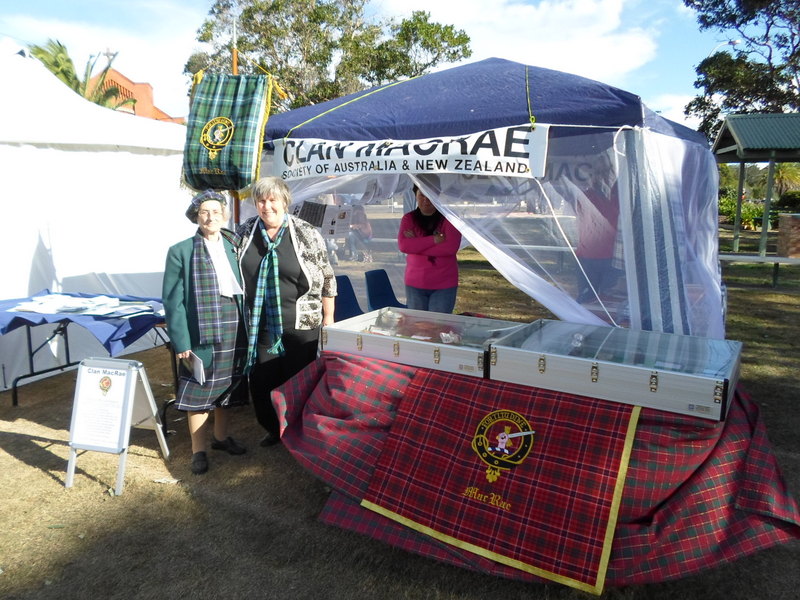 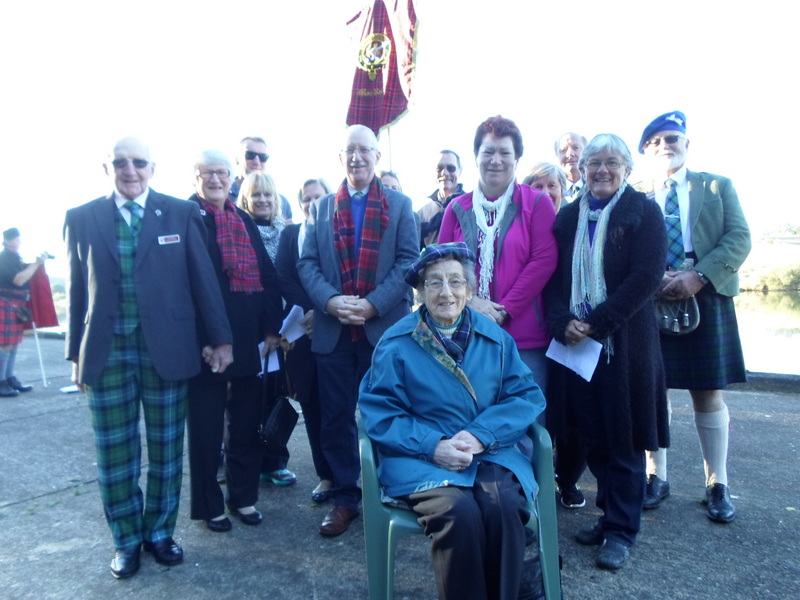 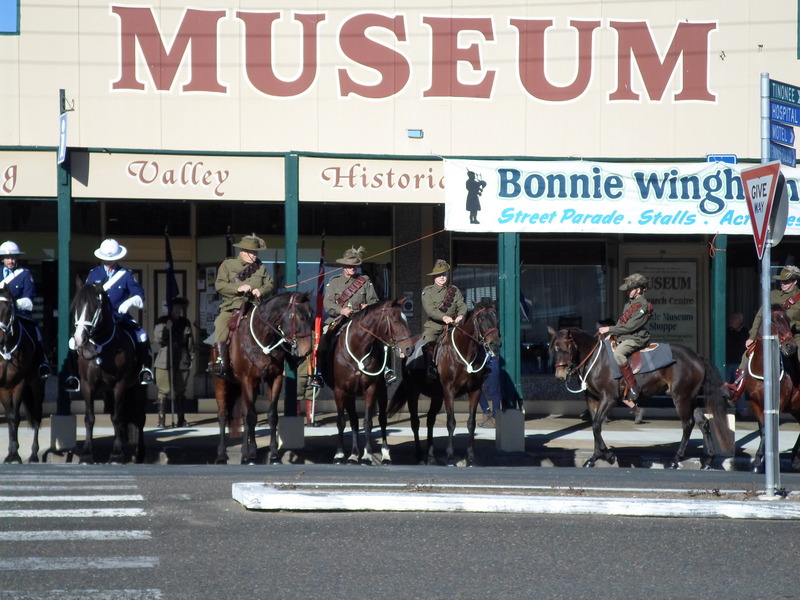 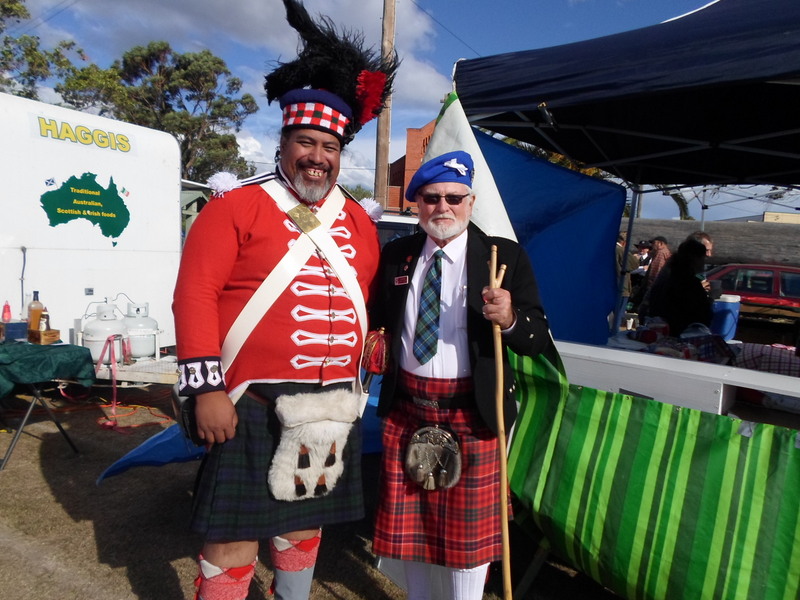 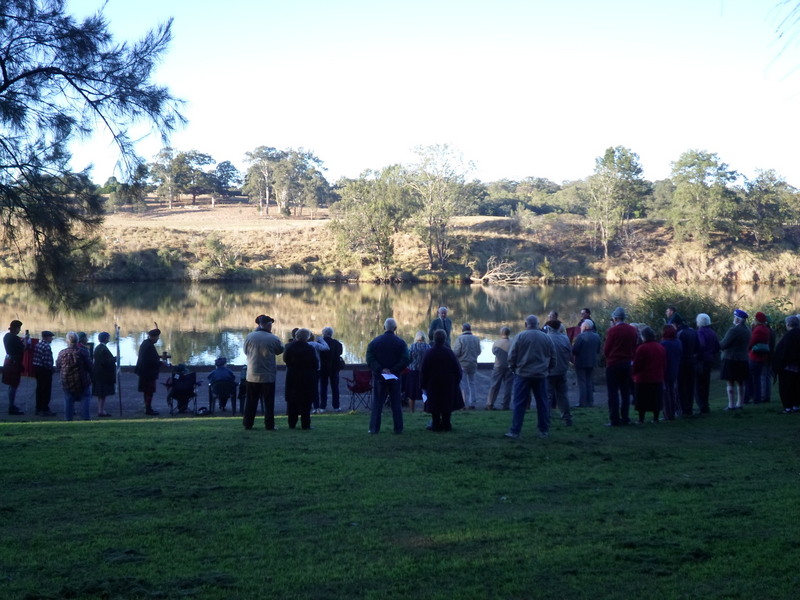