Allan Smith, Vice President of the Clan MacRae Society of Australia and New Zealand attended the 39th Anniversary Highland Gathering on Saturday 9th April 2016, at Bundanoon which became Brigadoon for a day with an appealing array of Scottish activities, music and foods. This is Allan’s report.

The various Clans, bands, stallholders, dancers, musicians and officials had been busy from the early hours setting up their individual marquees and making final preparations. Many of the Clans were represented at the annual gathering again this year.

The Chieftain of the Day was Carol Budlong (left), President of Scottish House. Scottish House is an information and cultural centre based in Granville in New South Wales. Carol has had a long involvement with Clan Arthur in Australia and this year will fill the role of the High Commissioner of the MacArthur Society in Australia.

The street parade commenced at 9.30 am and departed from the village and along the street to the showground. The parade was led by a blue vintage Tourer, followed by the band of the day Goulburn Soldiers Club Pipes and Drums wearing MacLean of Durat tartan.

During the opening ceremony, the massed bands played – Scotland the Brave, Rowan Tree, Marie’s Wedding. Brown Haired Maiden and Bonnie Dundee / 100 Pipers. The National Anthem of Australia was sung by Genevieve Stewart of Bundanoon and the Song of Scotland “O Flower of Scotland” was performed by Mary Kiani.

There was a display of Scottish Country dancing with Bob McInnes performing for the Scottish Country Dancers. The dancers set their feet tapping as each of them gave crowd-pleasing performances throughout the day. Dances performed included Hedwig’s Reel and The White Cockade allowing contestants an opportunity to display their dancing talents. Students of the Joy Reiher School of Scottish Dancing performed a variety of Highland dances, including the Highland Fling and the Sword Dance. All contestants were immaculately dressed for each routine with the adjudicators keenly watching each act to award the points.
In the Fiddler’s Tent, Bob McInnes and Jane Ellis entertained all those present on the day along with Lavoz, Ladies Drumming Group, String Loaded Celtic Fiddle Band and Mary Kiani performing at various times and saw their audience tapping their feet to the rhythm.

Activities continued throughout the day with re-enactors in Scottish military uniforms. Other events included The Bonnie Bairns Highland Dress Competition and The Southern Highlands Kennel and Obedience Club.

From late morning, through the afternoon until the closing ceremony, there were individual Pipe Band performances by each of the previously mentioned groups. The skirl of the bagpipes certainly stirred up the Scottish blood with their inspirational displays.

As usual the Tartan Warriors showed the sporting activities that have been a feature of Scottish festivities for centuries. The Heavy Championship was supported by Highland Muscles. The Brigadoon Challenge consisted of three events and included 1. Heavy caber, 2. Tossing the weight over the bar for height and 3. Throwing the weight for distance. The lifting of the Bundanoon Stones of Manhood saw competitors strain themselves to manage the massive weights. It was required that the stones which had been laid out five meters apart, lightest to heaviest, testing each competitor who had to lift all five stones on top of a wooden barrel which was four feet in height. Finally, the person who lifted all five stones on top of the barrels in the fastest time became the Champion of the Day.

To keep the physical activities moving along organisers presented The Farmer’s Walk. The contestants had to pick up two weights and carry them around a set predetermined course. Cylinders filled with water are about five feet long and weigh 100 kg. To make it more interesting there was a 90 second time limit to complete the course.

There were some competitive events for all ages – wee heavy weights for pre-schoolers, egg throwing, Fergie stones, brigaball, hay tossing, shot put, water toss and kilted dash. A novel new event for 2016 was keg throwing which consisted of the fastest to throw five beer kegs over a height of 3 meters.

The day ended with the finale with the massed bands played – Green Hills, Battles O’er, Flower of Scotland, Highland Cathedral, Bonnie Lass of Fyvie, Amazing Grace and Auld Lang Syne. Marching off to the tune of Black Bear/Scotland the Brave.

The Lone Piper for the day was 16 year old Jacob Casey of the Goulburn Soldiers Club Pipes and Drums, playing “Mist Covered Mountains”.

The official Brigadoon Ceilidh was held in the evening after the Highland Gathering. 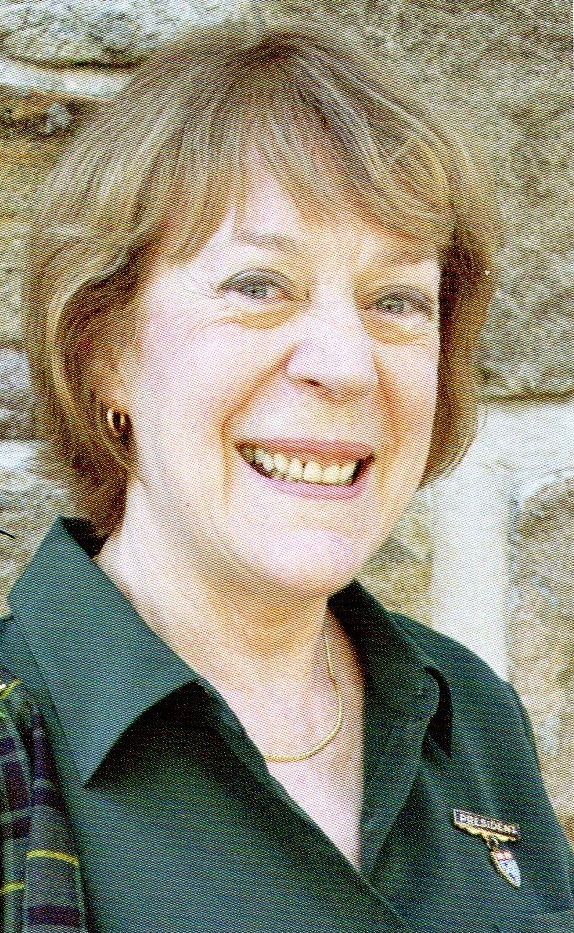 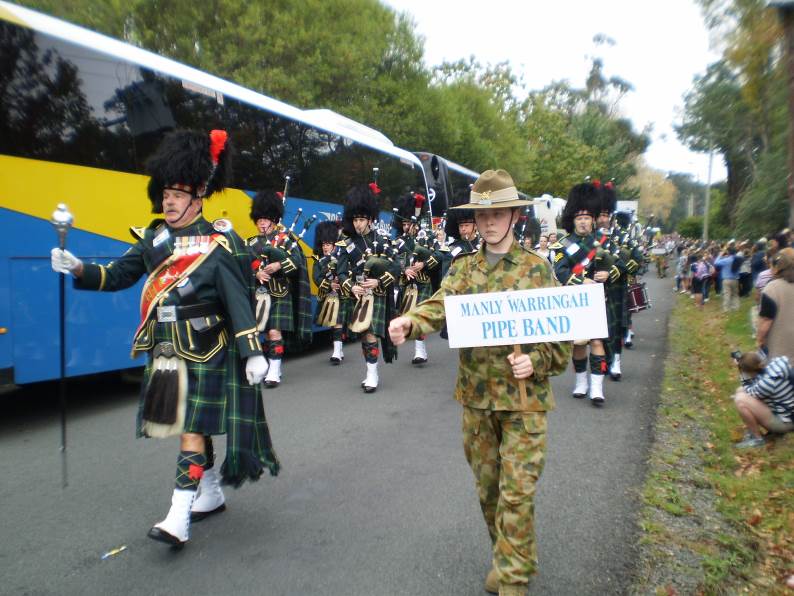 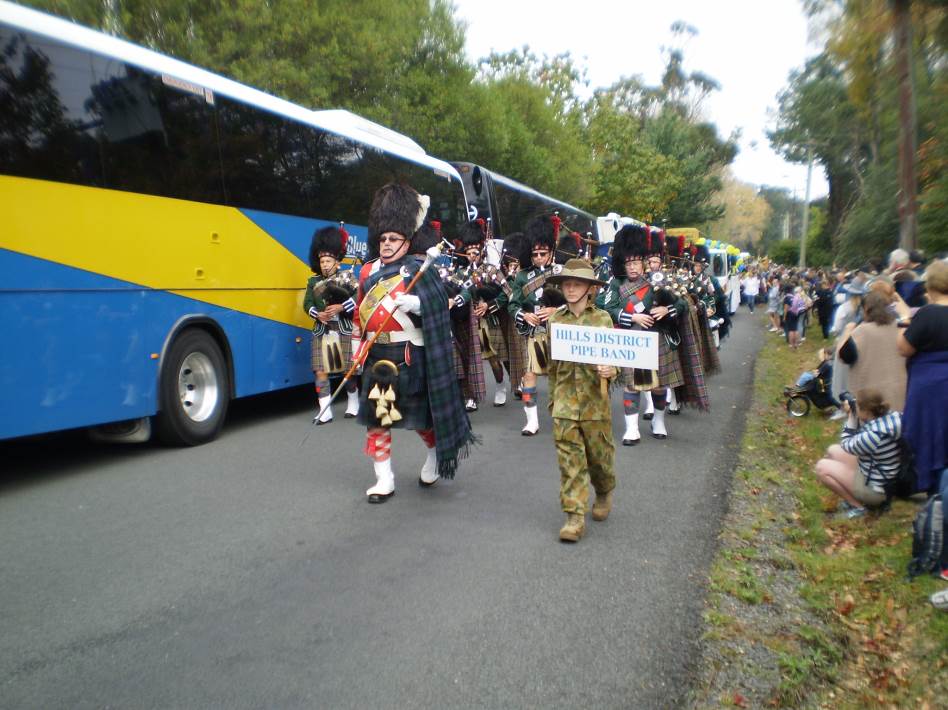 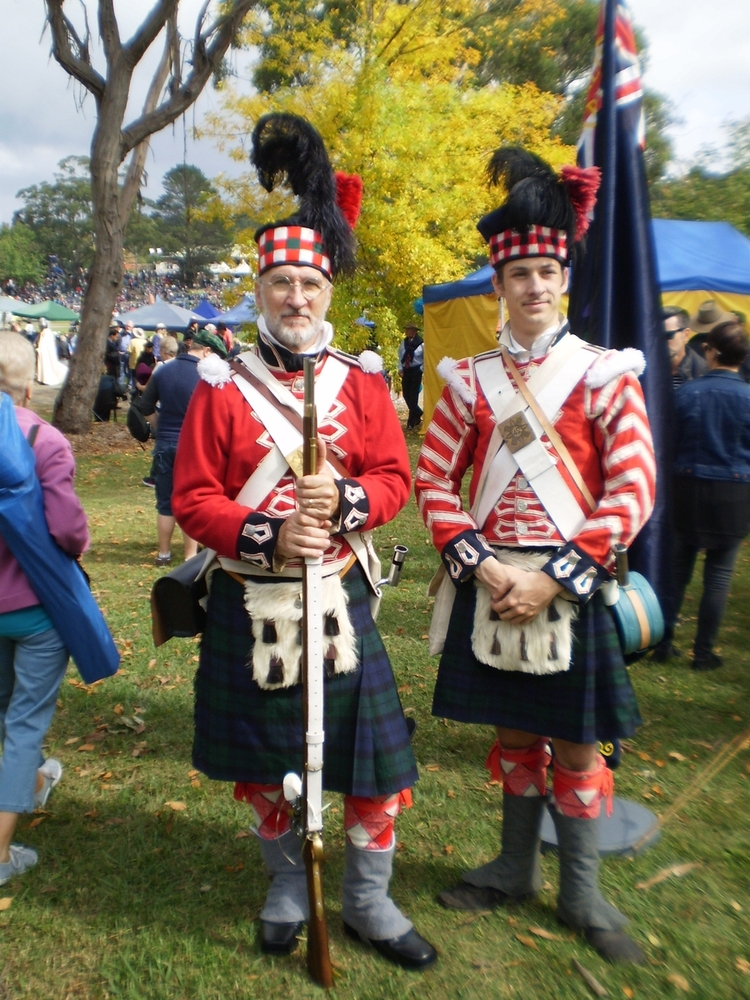 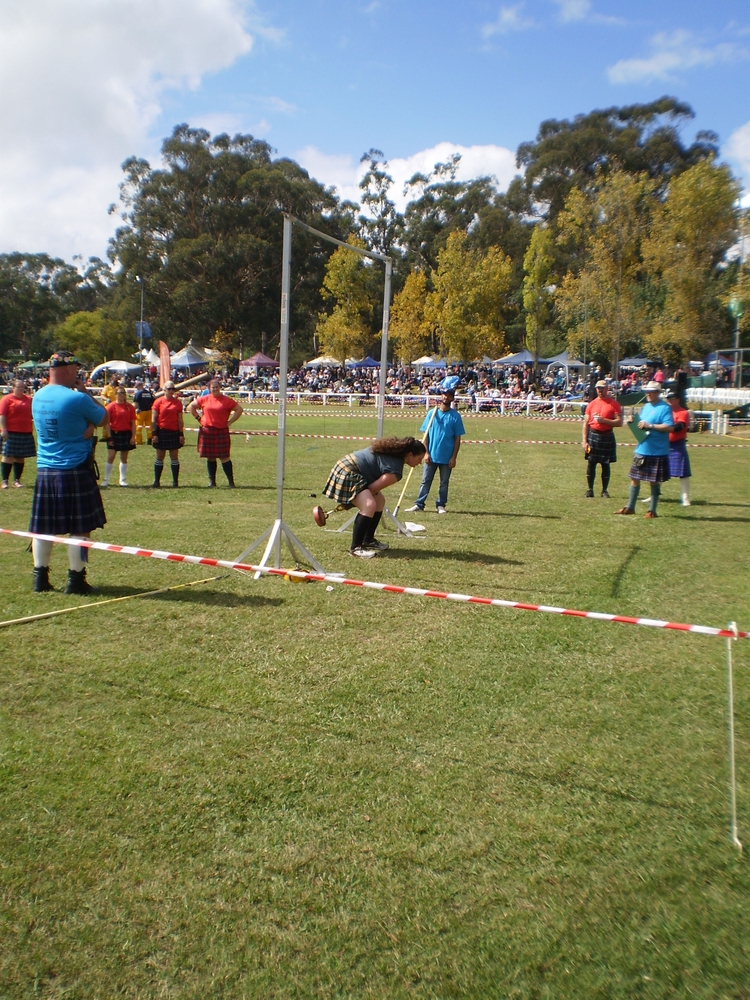 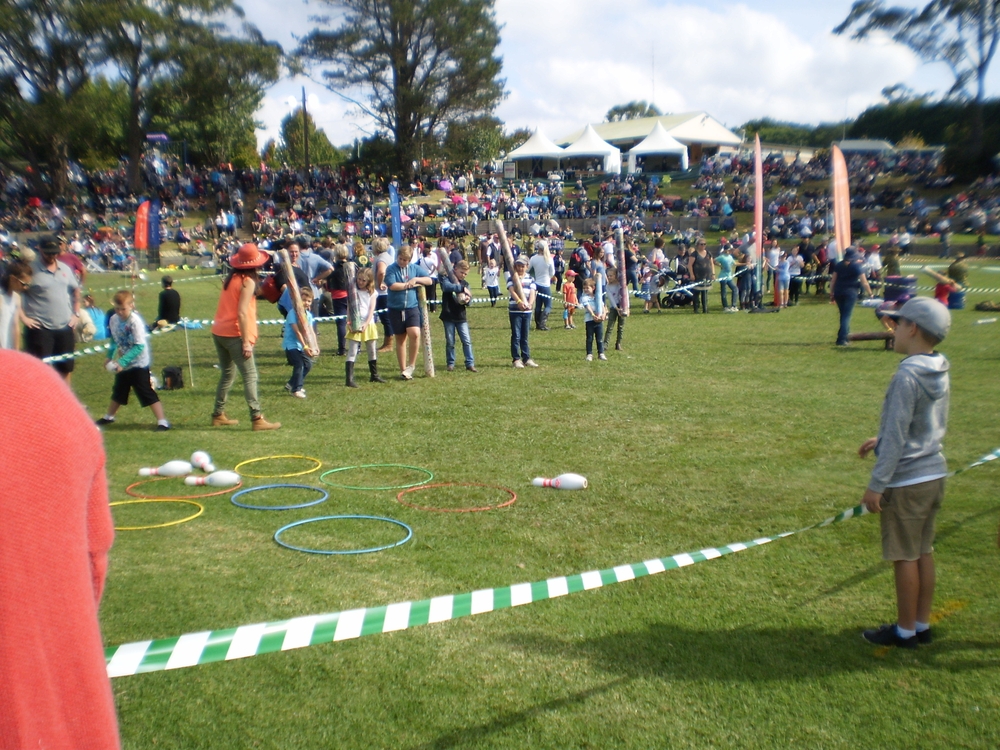 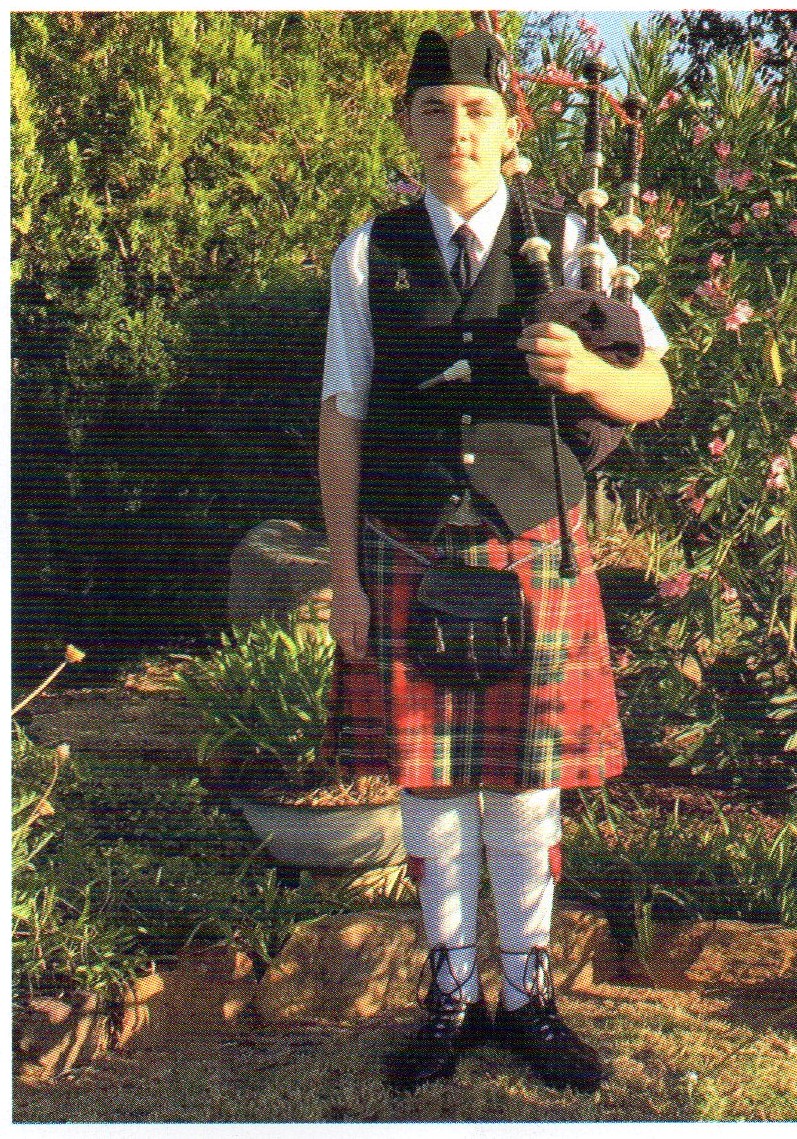