It was again beautiful weather for the Canberra Highland Gathering & Scottish Fair which took place on Saturday 7th October 2017, on Kambah Oval in Kambah on the outskirts of Canberra. The Clan MacRae Society of Australia and New Zealand proudly flew our banner of ‘Clan MacRae’. This was the seventh time that this Highland event has been held and again had the Canberra Burns Club as the major sponsor along with support of the ACT Government. There was no charge to attend the day’s activities and it was open to the public from 10am to 5pm. As usual there was a wide range of entertainment for all ages.

President Alan McRae and Secretary Roslyn MacRae (left) and several members arrived early to set up our Clan marquee on our assigned site. This was a test setup of the marquee for Roslyn and her husband Colin MacRae, with the modified signage with hooks and eyelets and associated attachments. Tables had fitted cloths, information was laminated, making it all easier to set up. The Society is creating two complete marquee units – one for the Central Coast and Hunter Valley area and one for the ‘south’. The new system worked wonderfully with everything from tent pegs to brochures packing into several labelled plastic containers.

At 10am all the Clans with their nominated representative who were to carry the individual Clan banners, congregated on the site where the various massed bands were gathering. Colin MacRae carried the Clan MacRae banner, complete with the new fold-up polished timber frame that the banner is mounted on. Colin certainly looked very resplendent in his new MacRae tartan kilt. All the representatives lined up in a long line and instructions given as those from the Clans are expected to fit in between the various ranks of the marching bands. The drum majors, complete with their mace at the ready, prepared the bands to commence moving forward. Each drum major was positioned at the head of their bands as more of the public moved closer to the spectacle. The mace is used to give signals and commands while the band is marching. The event was then officially opened with the competitions and activities commencing soon afterwards around the grounds.

Oliver Amey complete with his own kilt, aged 3, was on the spot to enjoy all the bagpipe and drum music – must be in the blood from his grandmother. Some of the band competitions included the ‘Best Dressed Band’, ‘Juvenile Band Contest’, ‘Grade 4 Band Contest March’, ‘Musical Selection’, ‘Grade 3 Band Contest March’ and ‘Grade 2 Band Contest March’. There were great prizes given for the events. As usual the judges were kept busy due to the high standards of all the bands. Surrounding the main field was a scene that looked like Scottish markets with many stalls with all things Scottish. They include traditional Scottish food such as Haggis and numerous other stalls selling recordings, clothing, books and souvenirs. The children’s corner with face painting and jumping castle, along with other activities, kept the children entertained throughout the day. Highland dancing, long a fixture at Canberra Scottish events, was popular with over 60 dancers2 doing their reels and strathspey dances.

The Canberra Scottie Dogs are always a popular sight around the grounds with children constantly wanting to give them a pat and a cuddle. The strong men events always attracts a good crowd for each event and this gathering was no exception. Tossing the caber, a traditional timber pole that is almost six meters long and weighs some 80 kilograms, seemed the most popular. Lifting of the stones sometimes appears to defy gravity as competitors strained their muscles, but their weight and awkwardness didn’t deter competitors.

The skirl of the bagpipes stirred one’s Scottish blood that seems to set one’s feet tapping as each time a band commenced. There was certainly plenty to do and see to keep the interest for young and old. The re-enactors were there showing historic aspects of the 42nd Royal Highland Regiment, including their colourful and well-presented uniforms. There have been a number of British line regiments that garrisoned New South Wales and Van Diemen’s Land doing jobs such as guarding convicts, executions, constructed fortifications, putting down riots, garrison duty and much more.

The last of the British regiments were withdrawn in 1870. The day concluded around 5pm with the final massed bands display. In the evening there was a ceilidh (pronounced kay-le), with a lively night of Scottish entertainment which was booked out. 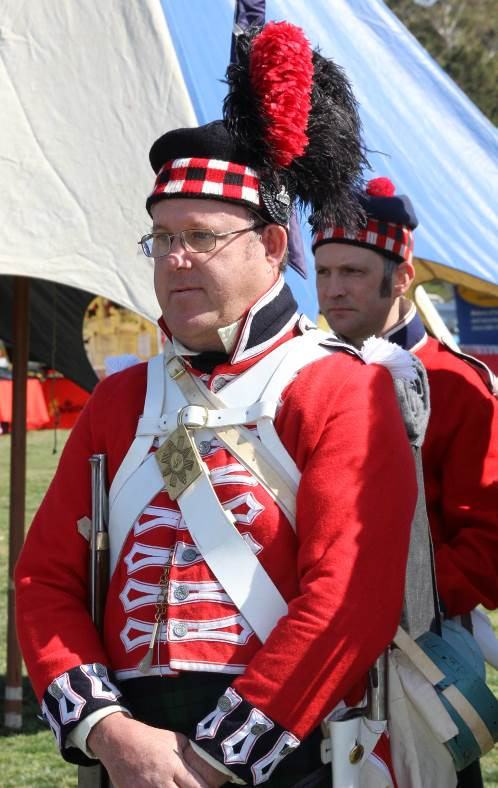 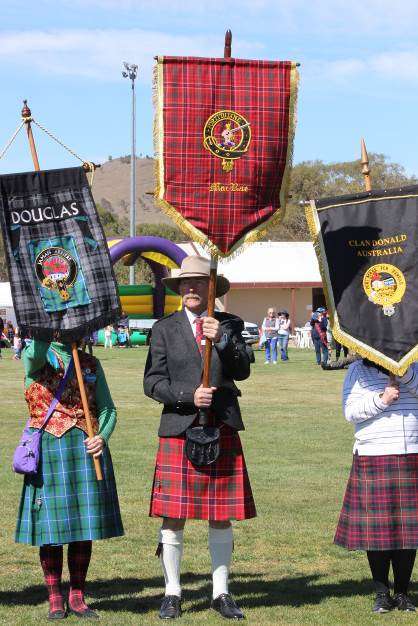 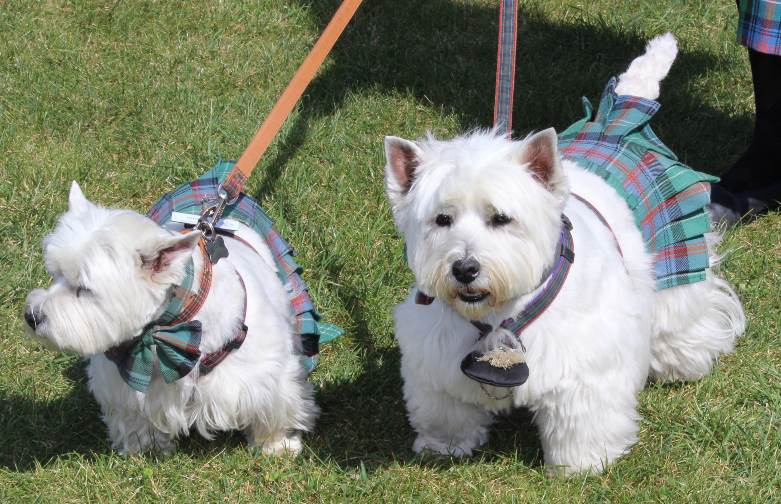 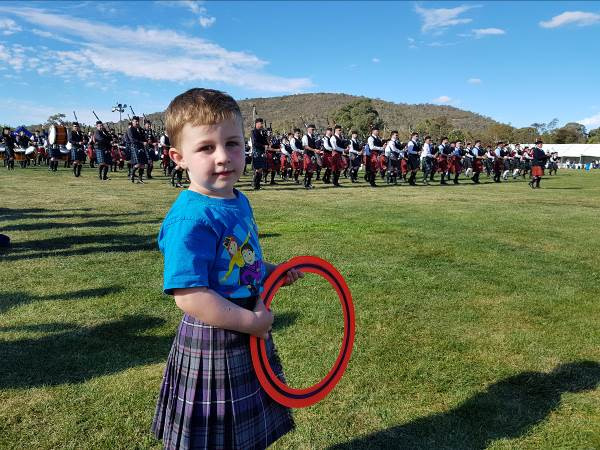