The Clan MacRae Society of Australia and New Zealand attended the Highland Gathering which was held in conjunction with the Pipe Band Championships in Canberra on Saturday 8th October 2011. An event of this type had not been held in Canberra for 30 years. With the Clans invited it was an ideal opportunity for Clan MacRae to be represented on the day as we don’t have many opportunities to meet fellow clans’ folk in this area.

The day dawned in Canberra promising a few showers which held off really until the end of the day though there were some ominous cloud formations and some apprehensive glances at the sky. It was held on the oval opposite the Burns’ Club in Kett St, Kambah. The Kambah District Playing Fields proved a great venue where fourteen Clans set up their marques and tents, including the Clan MacRae Society of Australia and New Zealand. The Scottish Australian Heritage Council and Scottish House also attended with everyone providing information to their Clans.

I had travelled to Canberra the previous day with the marquee and a display of Mac/McRae memorabilia and items of historic Scottish origin which always seems to create great interest amongst the MacRaes as well as other Scottish Clans and passers-by. Some of these early historic Scottish artefacts date back to around 1,000 AD. With the help of my cousin Peter McRae Greenham and his wife Claudia we were all set up on our allotted site bright and early on Saturday morning.

At 10.30am each Clan assembled either side of the massed bands for the March of the Clans Opening Ceremony. They then marched about 50 meters to the stage area where speeches were held. Clans were limited to one Banner Carrier and 5 Clan members from each clan.

Elma McRae, our Secretary, travelled down from Sydney on the train to be at the Canberra Highland Gathering and Scottish Fair which attracted a large number of food sellers, Scottish memorabilia stalls, charitable displays, vintage vehicles and lots of entertainment in the form of Scottish and Irish Dancing, Scottish Country Dancers, Scottish Fiddlers as well as the stirring Pipe Bands.

The Canberra Mounted Police had a display and there were various costumed Tartan Warriors and other historic re-enactors. There were displays by S.E.S. personnel as well as the firemen. The tug-of-war attracted a good crowd. One novel event was the Bag Pipe Challenge (for people who hadn’t played the bagpipes.) Participants were required to firstly make a donation to A.C.T.-Eden-Monaro Cancer Support Group after which each then received brief tuition and instruction from one of the judges, a short time to practice, and then a five minute period in which to impress the judges with their prowess, the one judged most successful winning a trophy.

The day concluded with the Massed Pipe Bands. It was pleasing to meet more of the MacRae Clans folk and in all the ‘Canberra College of Piping and Drumming A.C.T. Pipe Band Championships and Highland Gathering’ was a great day. A Scottish ceilidh was held in the evening.

Jenny Amey of nearby Bungendore with her mother, Magdalen Sillis, attended and kindly brought along a “cuppa” and lunch for Clan members there. Our thanks go to Jenny and Bruce Amey, Peter and Claudia Greenham and the others who helped out on the day. 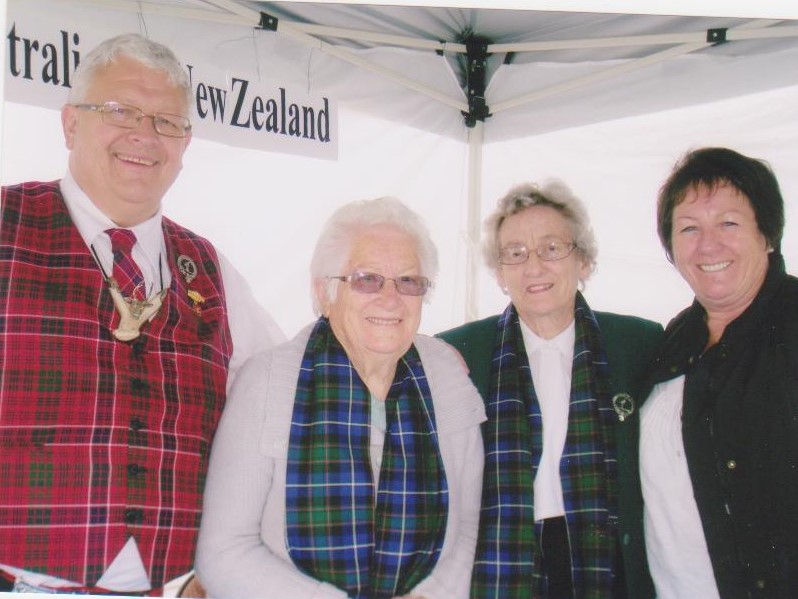 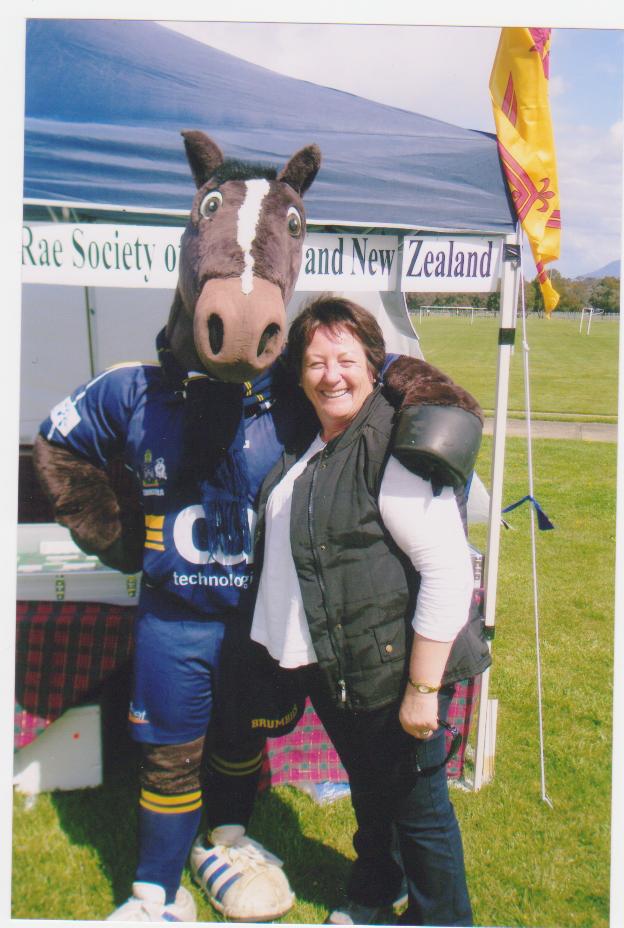 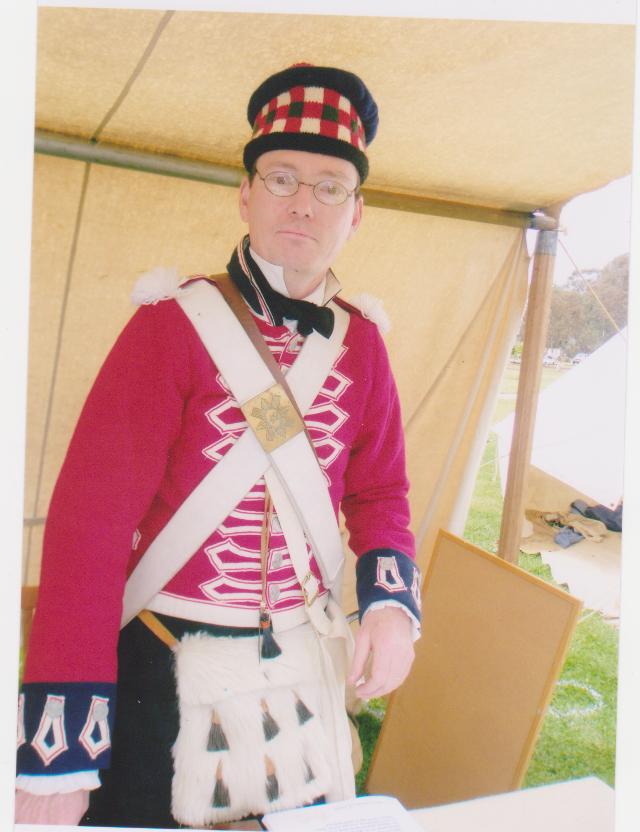