For the third year in a row the Clan MacRae Society of Australia and New Zealand attended the traditional Scottish Highland Gathering held on Kambah Oval in Kett Street, Kambah in Canberra, in for the first time, the most beautiful weather. This year’s event was part of the Centenary of Canberra celebrations.

This year’s Scottish Highland Gathering was again hosted by the Canberra College of Piping & Drumming.

Clan President Alan McRae and Clan members erected the marquee on Saturday 12th October 2013. We set up our MacRae banners, flags and a display of MacRae family and Scottish artefacts going back some 600 years.

The whole circumference of Kambah Oval was surrounded by numerous stalls selling food, Scottish and Celtic items, re-enactments groups as well as the colourful marquees of the numerous Clans. What a picture they painted their flags and banners blowing in the slight refreshing breeze.

Festivities began at 10am and went through until around 5pm under the bluest skies around for this mass celebration of Scottish and Celtic heritage. At 10.30am the various clans assembled to take part in the official opening by His Excellency Mr Michael Bryce, Chieftain of the Day, in front of a large crowd which included many children.

I had the honour of being the Clan MacRae’s representative as we marched between the ranks of the massed pipes and drums as the bands criss-crossed the oval to await the opening formalities and address. Part of the opening ceremony was a superb precision drill team demonstration by the Federation Guard made up of Australian Army, R.A.A.F. and Navy personnel.

The team carry out a combination of over 300 specific movements without any words of command being given to the guardsmen. It was obvious by the demonstration that those involved acquire an incredible level of skill, concentration and teamwork which they perfect with numerous hours of practice.

Photo – His Excellency Mr Michael Bryce, Chieftain of the Day, and husband of Quentin Bryce, Governor-General of the Commonwealth of Australia with Clan MacRae President Alan McRae.

Another highlight to the opening was the announcement and playing of the special Centenary 100 tune which had won the international competition. This was the first time it had been played in public and the piper who played it did a superb job.

Large marquees had been set up for the inspiring highland dancing displays watched keenly by the three adjudicators. All the contestants were immaculately dressed for the occasion with the littlies, both lads and lassies, aged 7 to 8 years, stealing the show. The dances certainly attracted a large crowd as each session took place. With items such as the Highland Fling, Sword Dance, Seann Triubhas and the Full Tulloch to watch all seats were full and left many were left standing.

Photo – there was plenty of muscle needed for tossing the caber

Another area was cordoned off for the kilted strong men to show their skills and strength in the caber tossing and lifting of the stones. These Scottish heavy events attracted a good crowd each time they were held throughout the day. Scottish food could be easily found with haggis and black pudding being sold to eat there or take home. There was no shortage of food that one could select. Scottish folk music seemed to abound everywhere. I think plenty were there simply because they were interested in Scottish music and culture and wanted to join in the festivities.

Photo – His Excellency Mr Michael Bryce, Chieftain of the Day, with Allan Smith, Vice President of the Clan MacRae Society of Australia and New Zealand.

There were some well-trained Scottish Terriers (known also as the Aberdeen Terrier) around the grounds. These Scotties are a breed of dog from the Scottish highland and they certainly added to the atmosphere on the day.

Unfortunately, our Secretary Elma McRae was not able to make the journey down from Sydney for the day and was missed. This successful day was followed by a celebratory Scottish Ceilidh night with traditional dancing, singing, piping and drumming at the Canberra Burns Club across the road in the evening.

It was most pleasing to meet the numerous new MacRaes/McRaes who visited our marquee throughout the day to make themselves known as well as the ones we have met before. Thanks to those who lent, set up and dismantled our marquee and kept us all fed. What a great day it was for all. 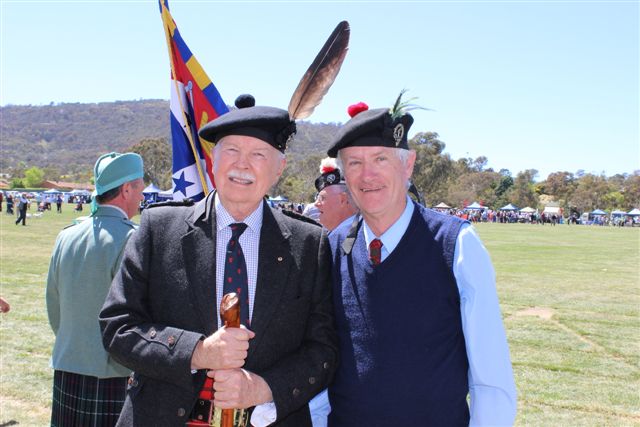 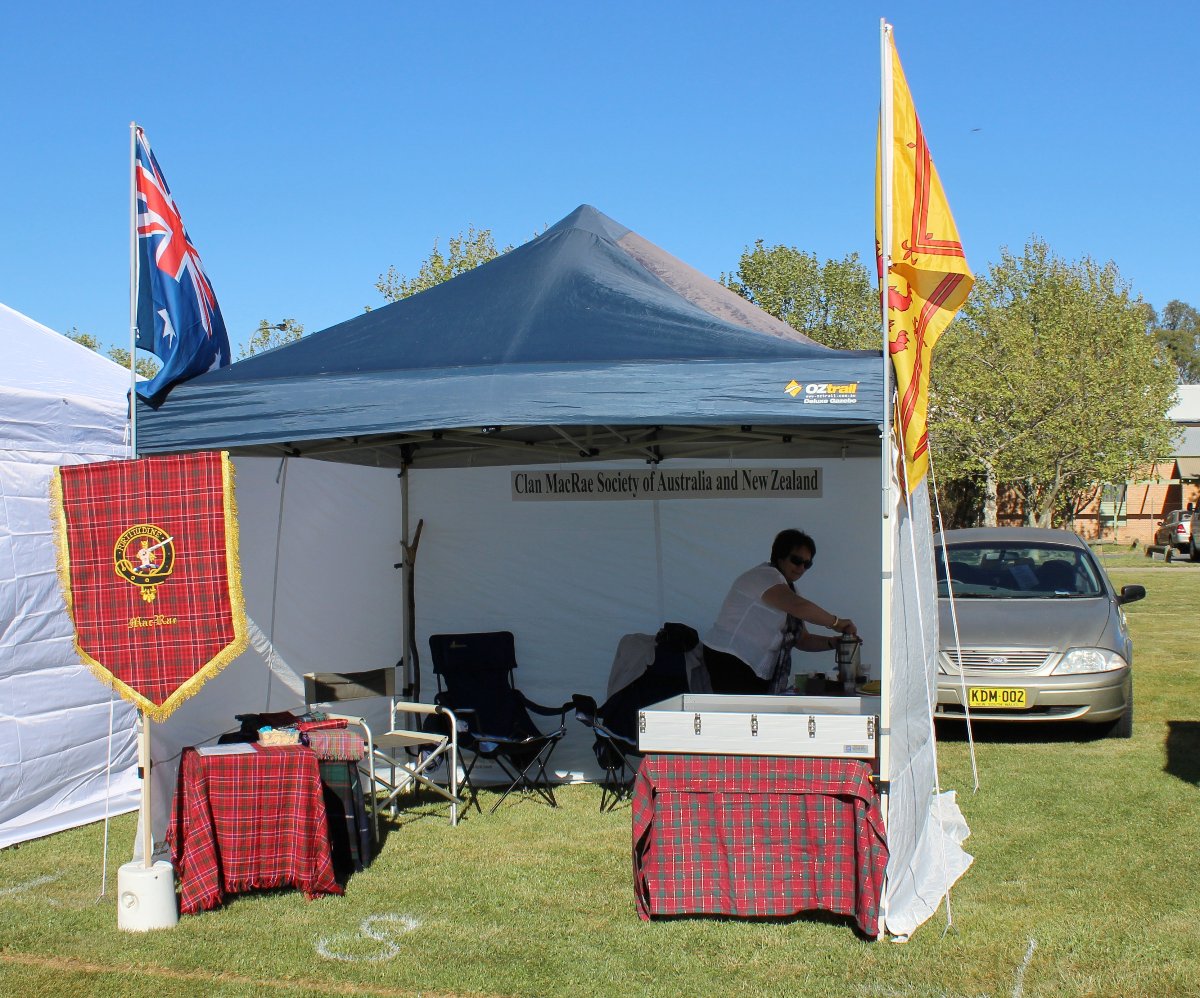 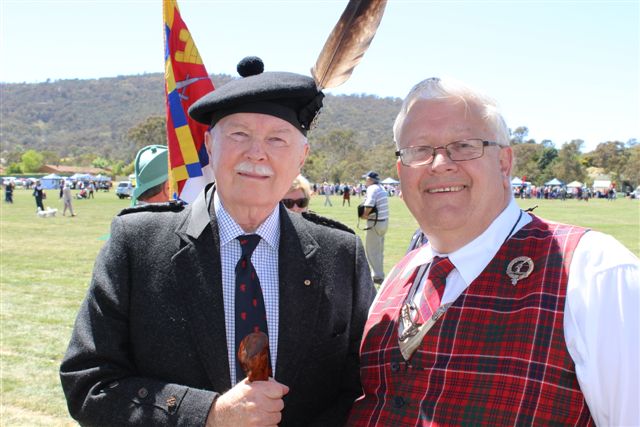 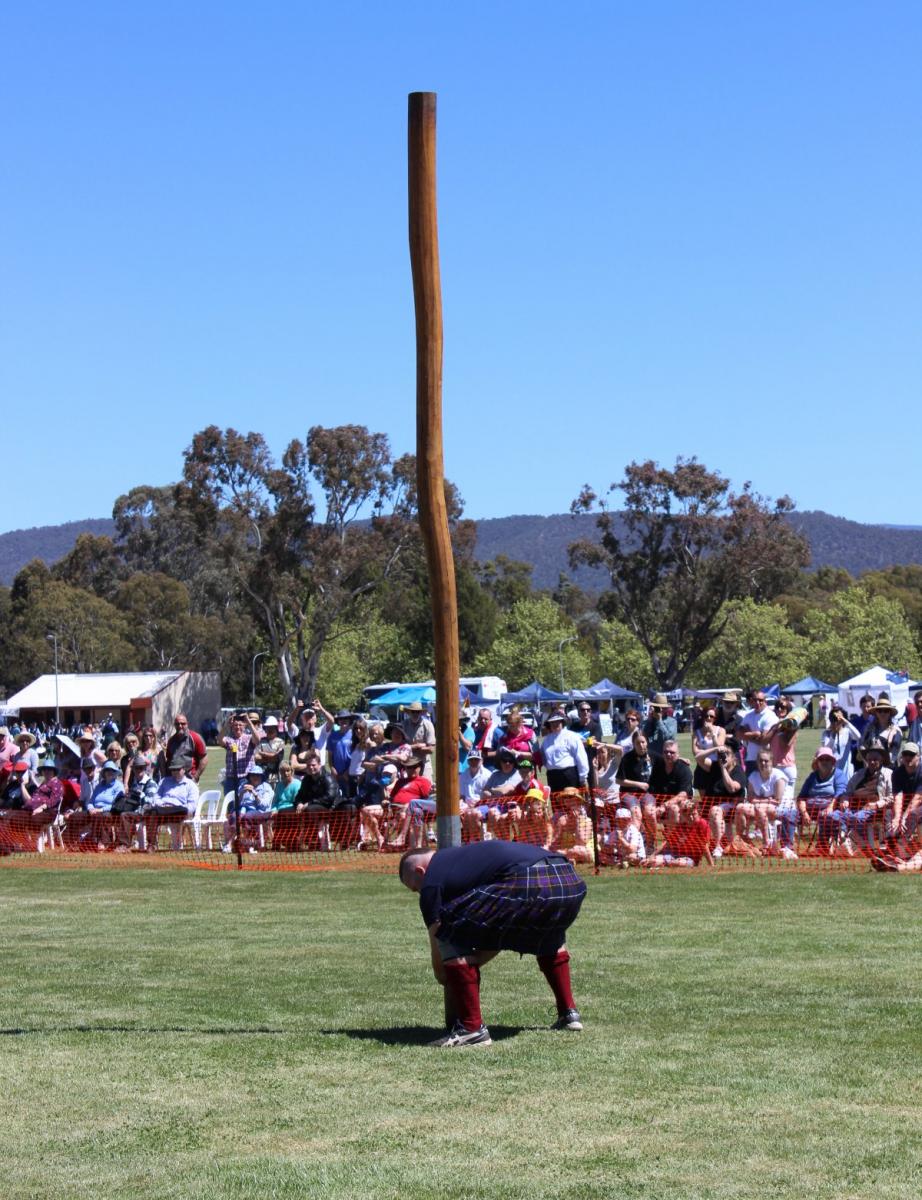 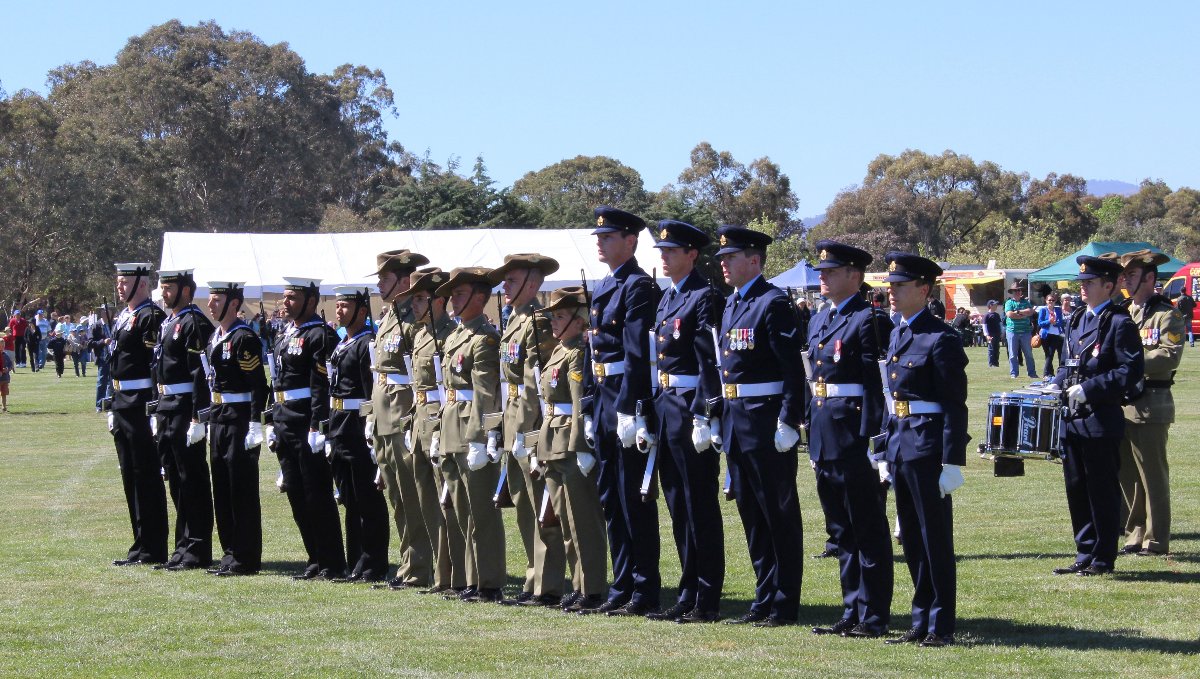