The weather was fine and just perfect for the 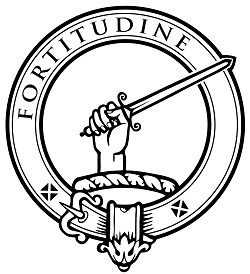 The Spirit of the MacRae’s