Report on the Gathering at Glen Innes

Report on the Gathering at Glen Innes

For the first time the Clan MacRae Society of Australia and New Zealand attended the Australian Celtic Festival in Glen Innes in northern N.S.W. on Saturday and Sunday, 30th April and 1st May 2011. It was a celebration of all things Celtic and took place at the ‘Standing Stones’, the national monument to honour all Celtic people who helped pioneer Australia. They were opened on 1st February 1992. The stones were inspired by the Ring of Brodgar in Scotland’s Orkneys. Ireland was the theme this year and Ireland’s Ambassador to Australia, Máirtín O’Fainín, officially opened the event at the Glen Innes Town Hall on the Friday.

As President of the Clan MacRae Society of Australia and New Zealand I attended this enjoyable and events filled weekend with the different clans out in force with their various marquees which included one of the Scottish Australian Heritage Council. With the help of fellow Clan MacRae members Yvonne Lightfoot (nee McRae), Penny van der Have (nee Ireland/MacRae) and Jennifer McRae, the latter two travelling from Brisbane and Toukley respectively, to help over the three days. I am most grateful for all their help and assistance in setting up (in the wind and rain showers) and dismantling, as well as being around to assist with our many visitors who were offered refreshments.

It was surprising how many ‘MacRaes’ came to visit us over the two main days and how far some had travelled to attend – cities and towns such as Toowoomba, Brisbane, Gunnedah, Armidale, Newcastle, Toukley, Maitland, Sydney, Uralla, Walcha, Wagga Wagga, Tamworth, Nowra, Blackheath and places closer to Glen Innes as well as others I can’t remember. It was surprising how many were trying to research their MacRae/McRae family tree, either just commencing or having started many years ago.

We provided hot drinks and refreshments of Scottish shortbread and fruit cake which was much appreciated. Others enjoyed the opportunity to just sit and rest.

It was pleasing to see those MacRaes who had heard of our attendance at this event from our new website and ‘letters to the Editor’. Many of the numerous activities took place at the Standing Stones themselves where dozens of trader’s stalls were set up and selling items such as Scottish books, lollies, kilt and dress stalls, Celtic jewellery, wines and spirits, music CDs, other clothing, and numerous other items along with the usual, and unusual, food stalls and even a beer hall. There were entertainment stages, as well as dance stages, with performances continuing daily. Down in the town many of the clubs, hotels, schools, local Historical Society and museum and many others held other events and entertainment during most of the week, it simply was on-going everywhere.

We took along a three display cases of Scottish and MacRae memorabilia which attracted a considerable amount of interest and continuous favourable comments. I can see some of the other Clans pinching that idea. Overall, the whole week was an outstanding success for both the Celtic Festival and the Clan MacRae Society of Australia and New Zealand, and I plan to attend again next year if all is well.

Report by Alan McRae, FAIHA, President of the Clan MacRae Society of Australia and New Zealand 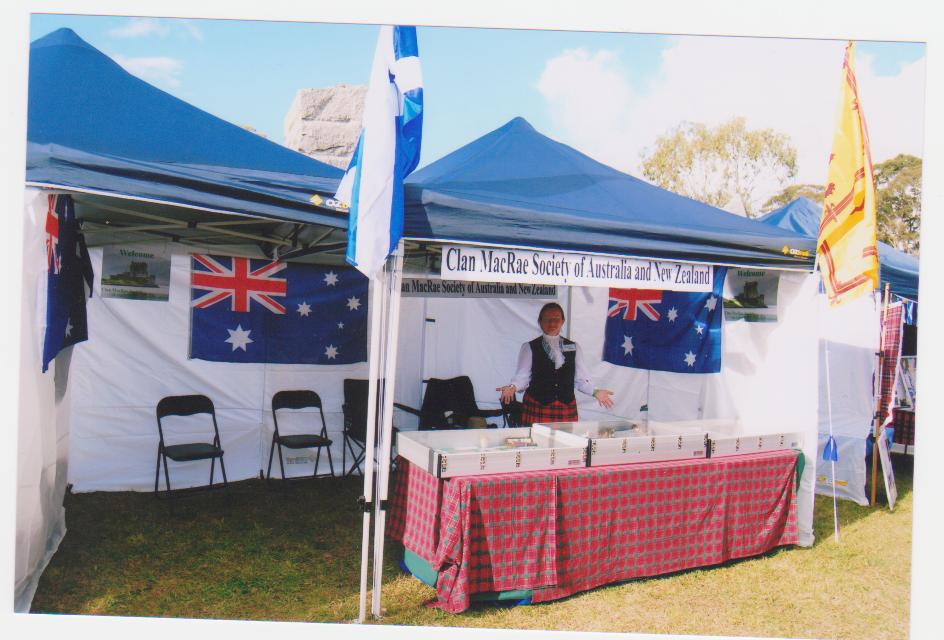 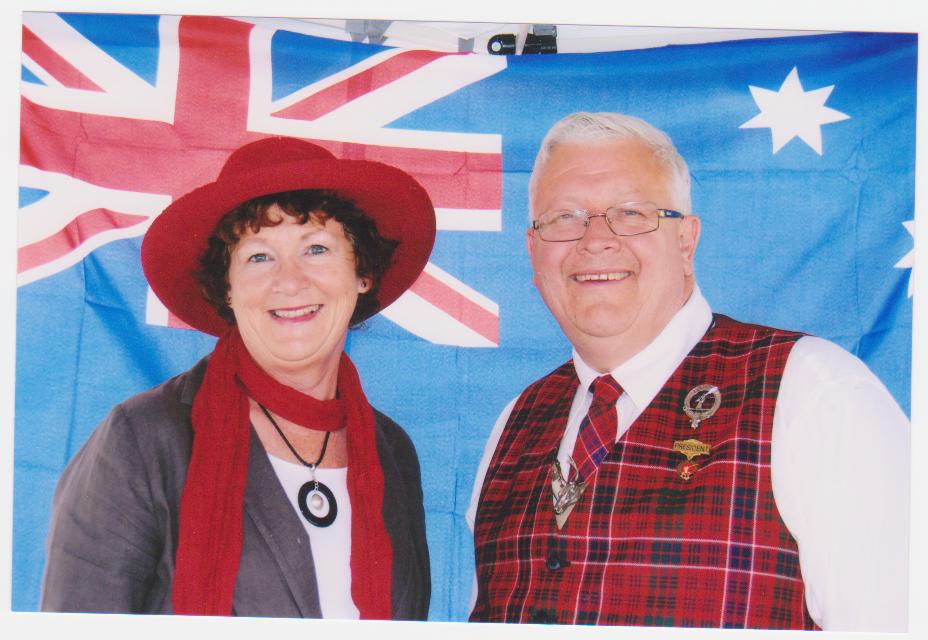 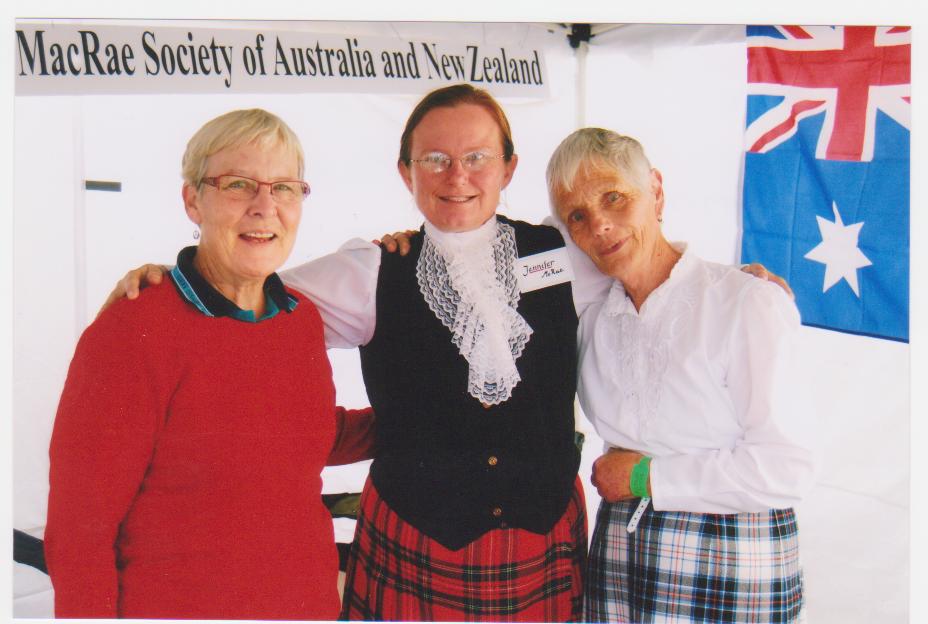 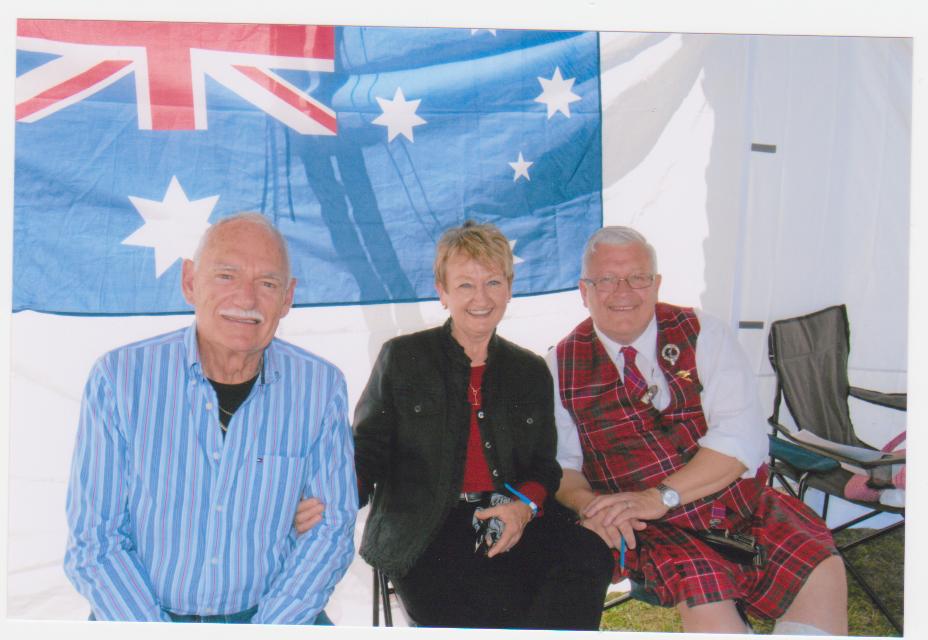 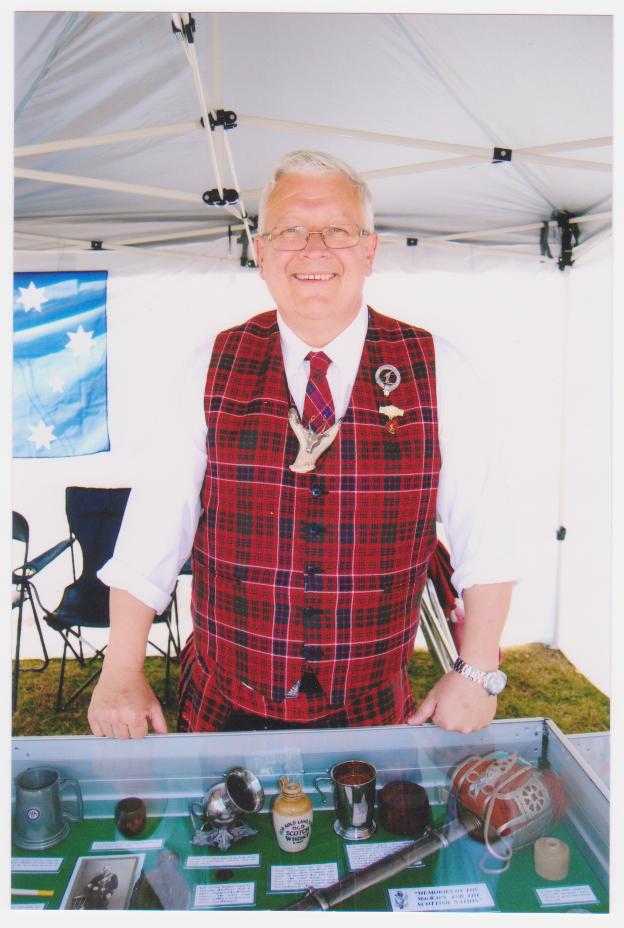 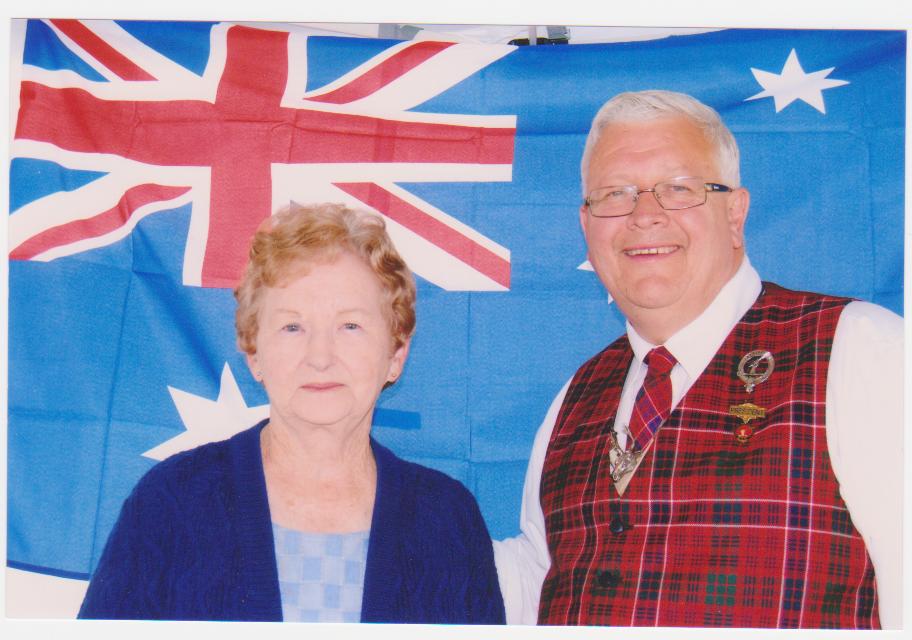